DONGGUAN (China) - Three years ago, Australia believed they would stand on the 2016 Summer Olympics podium in Rio de Janeiro, but Spain denied them via an 89-88 result in the bronze medal game.

The Boomers have not forgotten that painful experience, and it'll be foremost in their minds when they collide with the Spaniards in tomorrow's FIBA Basketball World Cup 2019 Semi-Finals in Beijing.

Patty Mills, in particular, should be raring and ready to go. He scored 30 points the last time Australia and Spain met at a major senior level tournament, but it wasn't enough for Australia in what ultimately turned out to be a one-point loss at the Carioca Arena in Rio de Janeiro. Mills has been on a mission here in China, leading all players in total points scored, and he's got this matchup with Spain marked in his head. 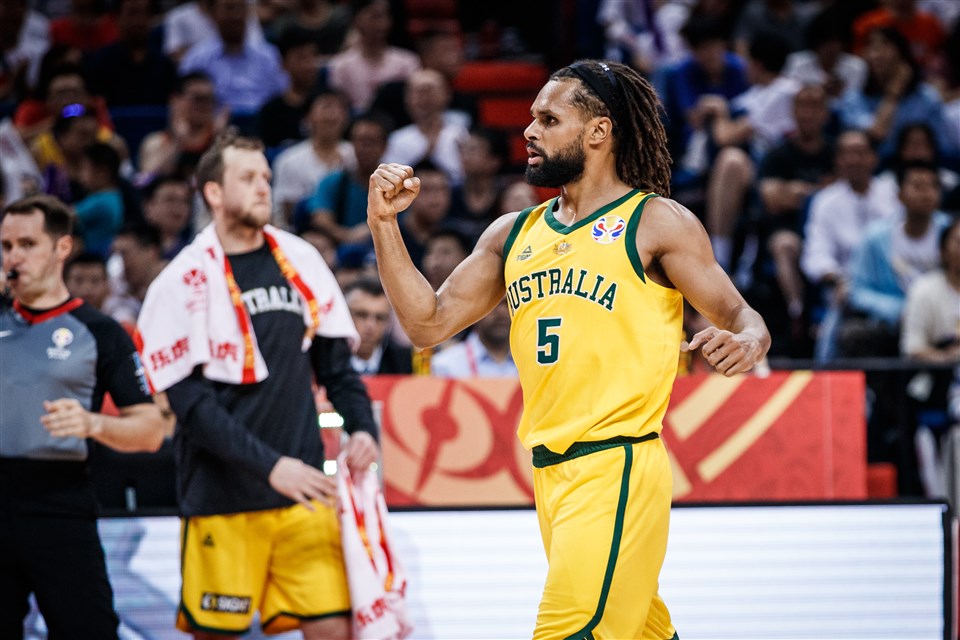 Team Overview - Spain: Coach Sergio Scariolo said numerous times at this event that this is a completely different Spanish team compared to the ones we have come used to seeing, saying that they "don't have 2000 offensive weapons anymore", and have to win games by defending. Numbers will confirm his words, as Spain are only 12th in offensive efficiency in this World Cup, while being third best in defensive efficiency, trailing only Argentina and USA. However, that does not mean that Spain are lacking offensive talent. In fact, a 90-point outing against Poland in their last game showed that guys like Rudy Fernandez and Willy Hernangomez Geuer can ignite in a hurry, burning their opponents if they underestimate the offensive talent.

Team Overview - Australia: With Spain being one of the best defensive teams of the tournament, Australia's fast flowing offense could be the panacea for the poison. When Patty Mills, Joe Ingles, Andrew Bogut, Aron Baynes, Matthew Dellavedova, Jock Landale, Chris Goulding, Nick Kay and all the others get clicking, it's easy to see why they have the fourth most efficient offense of the World Cup, behind France, Serbia and New Zealand.

Key Matchup: Marc Gasol v Andrew Bogut. Even if you are just an innocent bystander, keep an eye on this one, because these two are among the best all-time passers in the game of basketball, especially when it comes to the center position. 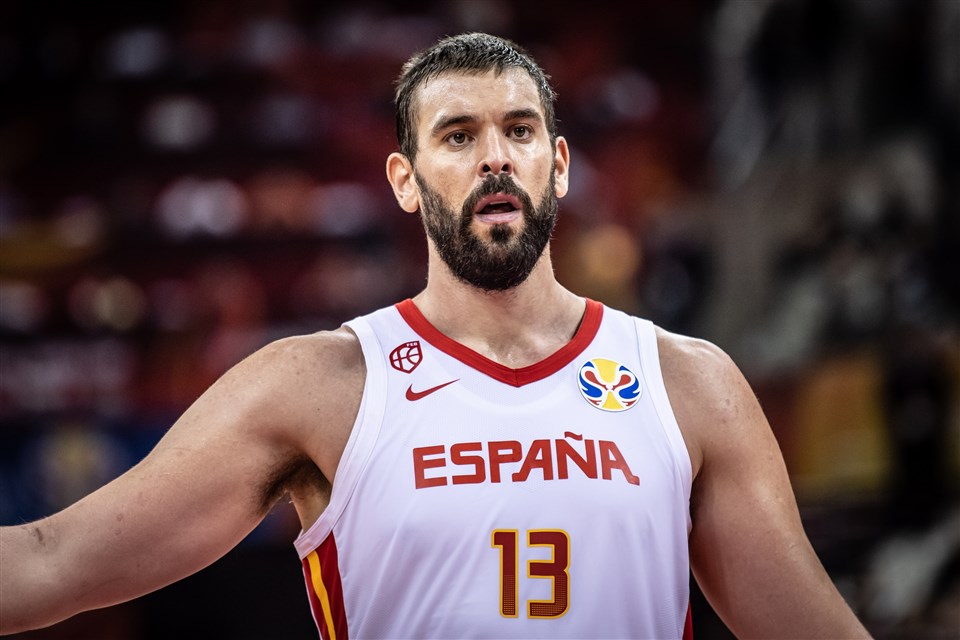 X-Factor: Freshness. Sergio Scariolo gave his team a rest day after their triumph against Poland, hoping to have some fresh legs for the Semi-Finals. Australia, meanwhile, will hope they are still feeling the same kind of harmony they displayed against Czech Republic, trying to continue in the same direction they set over the last two quarters in that one.

Stats Don't Lie: In many ways, this is a very evenly matched pair of teams, but there are certain aspects one team does much better than the other. Spain, for example, are so good at turning defense into offense. They have 8.0 steals per game and score 17.0 points off turnovers per contest, which means the Boomers will pay dearly if they become careless. In contrast, Australia have the more polished scoring arsenal. This is a team that shoots 40% from beyond the arc (fifth-best in the tournament) and on average, scores +6.7 more points in the paint than Spain. Translation - the Spaniards' defensive rotations have to be on-point, or they can get buried by Australia's varied scoring potential.

They Said: "I only look at the challenge that's in front of us. Let's see where that takes us. The competition is wide open, we've said it before. I think we raised our level of competition when the stakes are higher, especially defensively I thought we did a great job. It's the time to do it." - Spain center Marc Gasol

"We come after a great generation where they left a great footprint, which is to play with heart and that's what we keep doing. We play with friends and, at the end of the day, it's hard to find. You can see here, it's from the roots. We are writing a new page every day, good or bad. I think we are having a great tournament for far, but we haven't done enough yet." - Spain point guard Ricky Rubio

"We remember that game. We've held that for three years. Would've been our first chance at a medal, and we've held on that, spoke about it numerous times, and it still hurts today. But, we have a chance to salvage that in a couple days." - Australia center Andrew Bogut

"We finished fourth in the Olympics and that was a terrible feeling. We've given ourselves an opportunity now, and to ensure that we do everything we can to take advantage of this opportunity. I think that hurt has driven just the passion and focus for this particular tournament and the commitment to it, but one of the first things I heard when I walked back into the locker room was, 'job's not done yet'." - Australia head coach Andrej Lemanis 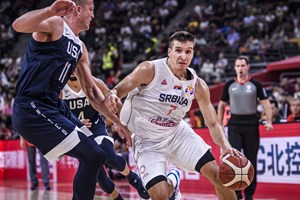 Can Argentina wield more magic against France in the Semi-Finals? 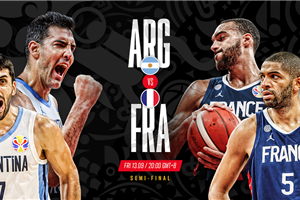