There can only be one champion: Can Spanish defense stop the Argentinian offense?

BEIJING (China) - The FIBA Basketball World Cup 2019 will come to a close with the huge matchup with Spain and Argentina in the Final. Spain are back to the title game after 13, while Argentina will contest their first Final in 17 years.

Both teams already know the feeling of lifting the trophy in front of a packed arena. Argentina pulled it off in 1950, during the inaugural edition of the World Cup, while Spain love playing in Asia, where they captured the crown in 2006, in Japan.

Spain stormed through Guangzhou, Wuhan, Shanghai to reach Beijing. Argentina's path took them to Wuhan, Foshan and Dongguan, as they are ready to go a step further than in 2002. It was 17 years ago that Argentina last appeared in the championship game, when they lost to FR Yugoslavia in overtime in Indianapolis.

Team Overview - Spain: The old saying that offense wins games, but defense wins championships could be used once again here. Spain have held their opponents to 69.2 points per game, and that's the number if you include the 88 points Australia scored against them in 50 minutes of basketball. Sergio Scariolo and his staff have done an outstanding defensive job in this event. Just for comparison, Spain held opponents to 66.5 points per game when they won the cup in Japan in 2006.

Team Overview - Argentina: Both Spain and Argentina have reached the Final with perfect records, and Argentina stood their ground against Korea, Nigeria, Russia, Venezuela, Poland, Serbia and France. Luis Scola is the main story here, leading the team as a 39-year-old, but keep your eye on elite passing from all over the court, led by Facundo Campazzo and Nicolas Laprovittola. Sharing the ball will be key against the Spanish defense in the last 40 (or more) minutes in China. 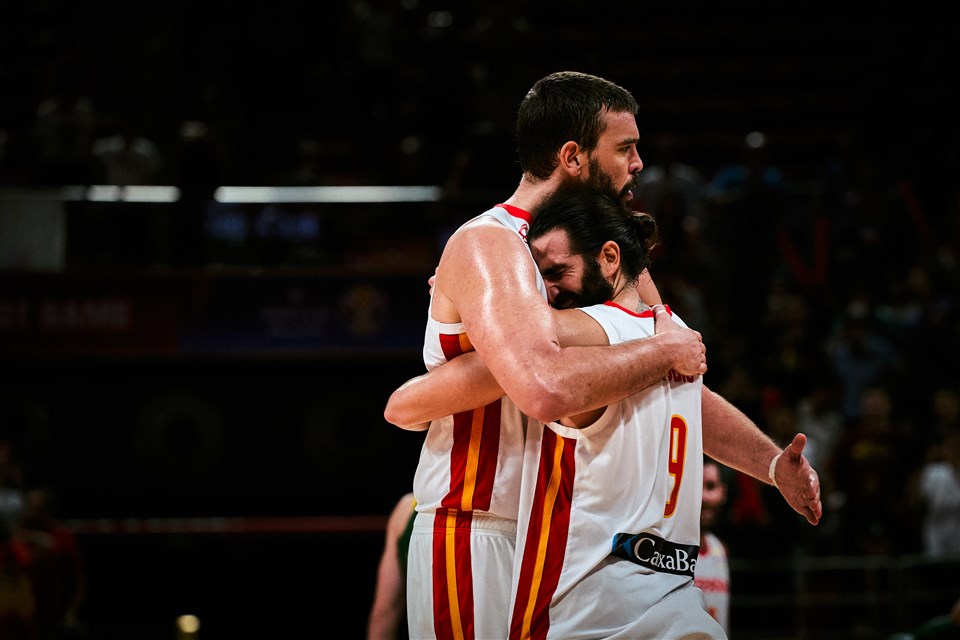 Key Matchup: Facundo Campazzo v Ricky Rubio. Campazzo has been the energy bolt behind Argentina's offense, putting up 13.6 points and 7.7 assists in 28.9 minutes per game, and he will for sure see a lot of different faces guarding him. If he's able to create, Argentina will have a good time on the floor. Meanwhile, Rubio has been the brain for Spain; averages of 15.9 points and 6.4 assists in 26.8 minutes per game prove that he's playing his best basketball. He has been taking 4.1 three-pointers per game in China and connecting on a 37.9 clip.

X-Factor: Familiarity. Eight players of Argentina are currently playing in the Spanish ACB League, and you can also count Luis Scola in, since he spent nine years of his career in Spain, too. That also means that the Spanish players will know all about their rivals, so don't expect any secrets between them when they take to court on Sunday.

Stats Don't Lie: It's once again going to be offense versus defense, as Spain are allowing 66.9 points per game, not counting the two overtimes against Australia, while Argentina put up 87.6 points per outing in China. Whoever breaks the average here will be that much closer to glory.

They Said: (What it would mean to win gold after NBA?) "Let's talk about it Sunday. I don't want to waste a second thinking about what it would mean for us, let's play Sunday. Let's focus all our strength, attention to the details because (Argentina) are going to play a very tough game because they have experience, they have size, they have heart. They have a lot of talent. After (the Final), whenever the game is over, life will go on either way. We'll see." - Spain center Marc Gasol

(What makes Spain so good for so long?) "I think it's a mix of different factors. I would say that winning feeds the ability to keep winning. The more Quarter-Finals, Semi-Finals, Finals you play and fortunately the more you win, the more you know how to do it. How to manage it and how to win it. Knowing when it is the right time to hit them strong. Some of our players - not many of them this year with this team - but some of our players have been in many of those games. And they are great leaders for the rest of the players. We have some middle age players whom they are helping and we have a couple of young talented players who are learning. And this is how we foresee our future. These guys will end their careers sooner or later - hopefully later. But hopefully these life lessons that they are giving to their teammates will help our basketball to continue to keep being competitive even when the top talents will eventually end their careers." - Spain head coach Sergio Scariolo 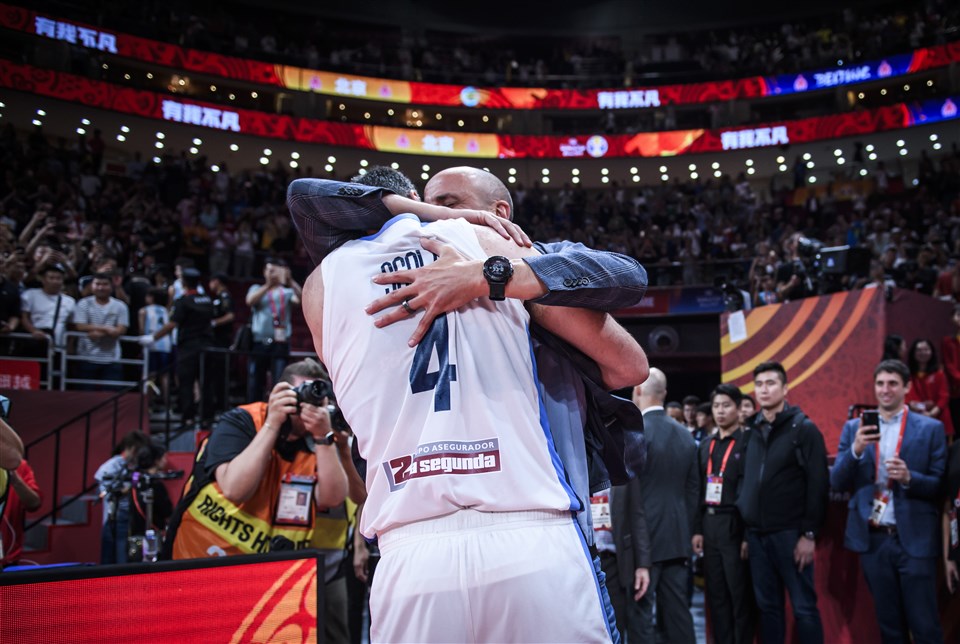 "We played so many times against Spain, and they respect Argentinian basketball so much. We respect them so much. I don't know what the rest of the world is thinking about the Final of Spain and Argentina, but I am sure it will be an amazing game, emotional game. Maybe it will not be a nice game to watch, like all the Final games, but for sure it will be a very tough game. I respect Sergio Scariolo a lot, he's almost a friend, one of the best coaches in the world, so it's a great opportunity for me to play against him." - Argentina head coach Sergio Hernandez

"We still haven't thought of the magnitude of where we are. Of course, we are very happy to play Spain, but I think that even not thinking about the magnitude of it makes us play more freely. That's why we are very happy to be in this position. Like Sergio said, they know us, we know them, it will be a tough game. But we will be playing the Final of the World Cup, so we'll be very excited to play the game." - Argentina guard Facundo Campazzo 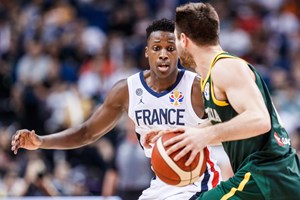 Preview: France or Australia - who will win the Third-Place Game?

Donovan Mitchell: USA will be ready and locked in for Tokyo and next World Cup 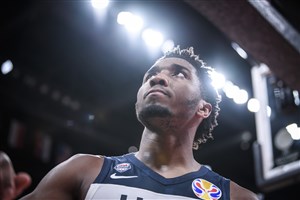