BEIJING (China) - When the FIBA Basketball World Cup 2019 tipped off on Saturday, it marked a seminal moment in the tournament's history.

The current edition of the competition has the largest contingent of NBA players ever to suit up in FIBA's flagship event, which was first played in 1950.

There are 54 NBA players from 17 different countries in the tournament, which in total features 32 of the world's leading national teams and for the first time is played in China. In comparison, there were 45 NBA players at the last FIBA Basketball World Cup in Spain five years ago.

The tournament also includes a record 103 combined current NBA players, NBA draftees, and players with NBA experience, up from 92 in 2014.

Arguably the best player in the world, NBA MVP Giannis Antetokounmpo of the Milwaukee Bucks, headlines the depth of talent at the World Cup, firmly putting Greece in the title conversation.

Meanwhile, his fellow All-NBA First Team selection, Nikola Jokic of the Denver Nuggets, is representing Serbia, who have set their sights on the prestigious Naismith Trophy as well.

All-NBA Third Team selections that are playing at the World Cup are the USA point guard Kemba Walker, the long-time star of the Charlotte Hornets who has joined the Boston Celtics this summer, and Utah Jazz center Rudy Gobert of France.

The 12-man roster of the defending World Cup champions USA, going for a historic three-peat in China, is again made up entirely of NBA players while both Serbia and France boast five from the world's top league.

"THE WORLD'S GOT GAME SPEAKS FOR ITSELF. EVERY YEAR, THERE ARE MORE AND MORE INTERNATIONAL PLAYERS SHINING AT THE HIGHEST LEVEL." - GOBERT 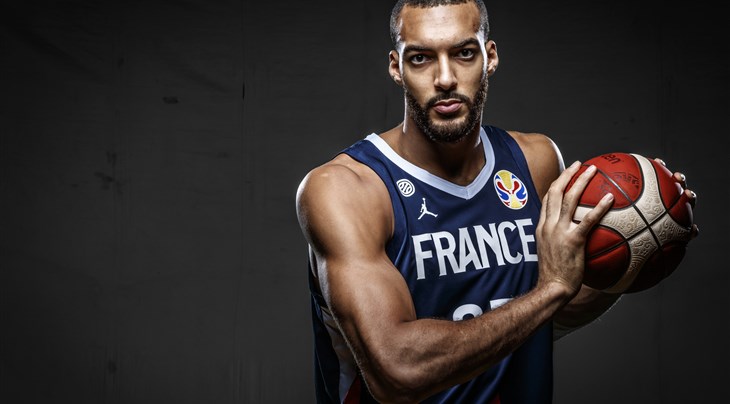 The likes of Bogdan Bogdanovic, Boban Marjanovic and Nemanja Bjelica and Marko Guduric will fly the Serbian flag in China alongside Jokic, while Evan Fournier, Nicolas Batum, Frank Ntilikina and Vincent Poirer will represent France next to Gobert.

"The World's Got Game speaks for itself. Every year, there are more and more international players shining at the highest level," said back-to-back NBA Defensive Player of the Year Gobert, referencing the recent international success in the 2019 NBA Awards.

"We saw it this year, with the MVP (Giannis Antetokoumpo), Most Improved Player of the Year (Pascal Siakam), the Defensive Player of the Year. So it's great. It shows that the game is really global and all the kids from around the world are watching and thinking it can be them."

Australia have four players currently on NBA contracts in Aron Baynes, Joe Ingles, Matthew Dellavedova and Patty Mills. In addition, two of the Boomers in China, Andrew Bogut (Golden State Warriors) and Mitch Creek (Brooklyn Nets) played in the NBA this past season.

Spain have always had a significant number of NBA players in their national team and this summer is no exception with Marc Gasol, Ricky Rubio, and brothers Willy and Juancho Hernangomez on the roster. Also in the roster for Spain, Rudy Fernandez and Victor Claver bring with them valuable NBA experience.

The top-level international talent in the World Cup does not end here, with Brazil, Canada, Germany, Greece, Italy, Japan, Lithuania, Nigeria and Turkey represented by multiple NBA players, with Czech Republic, Montenegro and Puerto Rico on the list as well. 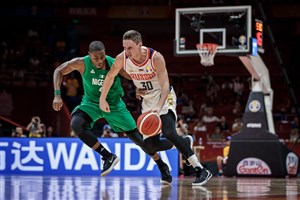 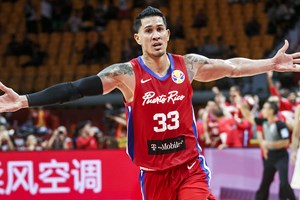