Nowitzki has had an illustrious playing career for Germany and consistently was a star performer at FIBA competitions for the better part of two decades (1999-2015).

In 2002, he led his country to its best-ever result at the World Cup, a third-place finish - the nation's only medal/podium at the world level (World Cup and Olympic Games). He was named the tournament's MVP and was its top scorer, averaging 24 points a game.

Three years later, Nowitzki spearheaded Germany's run to the Final of FIBA EuroBasket 2005 before they eventually had to settle for second place behind Greece.

The following year, the 7ft (2.13m) forward registered his best-ever individual scoring performance for the national team in an official game as he poured in 47 points in a 108-103 overtime win over Angola during the Group Phase of the 2006 World Cup in Japan. 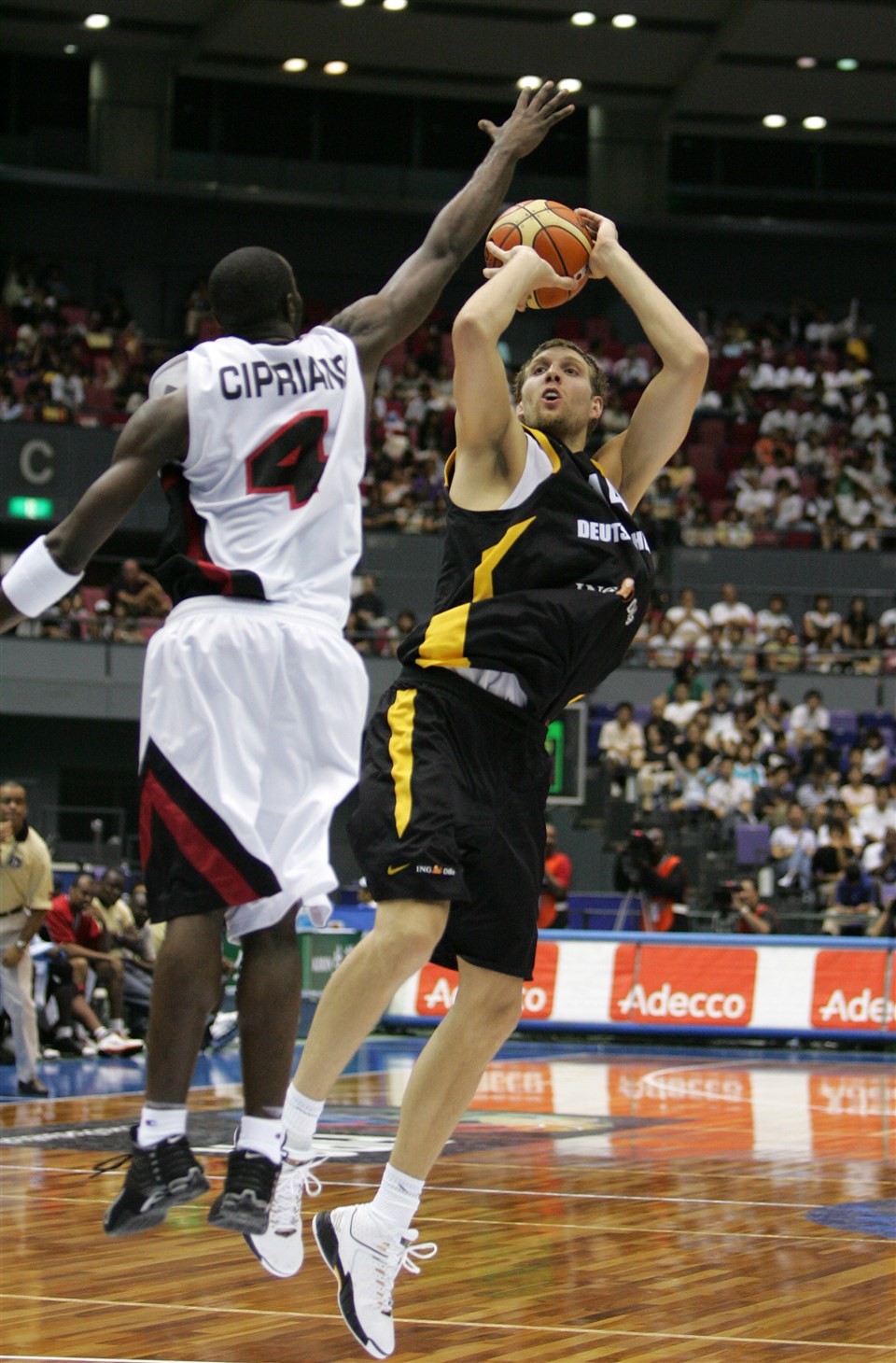 In 2008, he led Germany to the Final of the FIBA Olympic Qualifying Tournament, thereby securing the country's place in the Olympic Basketball Tournament at the Beijing Games and ending a 16-year absence from the Olympics. He served as the flagbearer for Germany's delegation during the Opening Ceremony in the Bird's Nest.

In 2011, after leading the Dallas Mavericks to a first-ever NBA championship - and earning NBA Finals MVP honors - he returned to the German national team at EuroBasket in Lithuania. He would go on to make his final appearance for his country in the 2015 edition of Europe's biggest basketball competition, playing on home soil in the German capital of Berlin.

Earlier this month, Nowitzki brought the curtain down on his illustrious 21-year NBA playing career - the entirety of which he spent with the Mavericks.

He is one of the greatest players to have ever played in FIBA competitions and was a trail blazer in showing that big players could do more than play in the low post by being an unstoppable threat out on the perimeter. 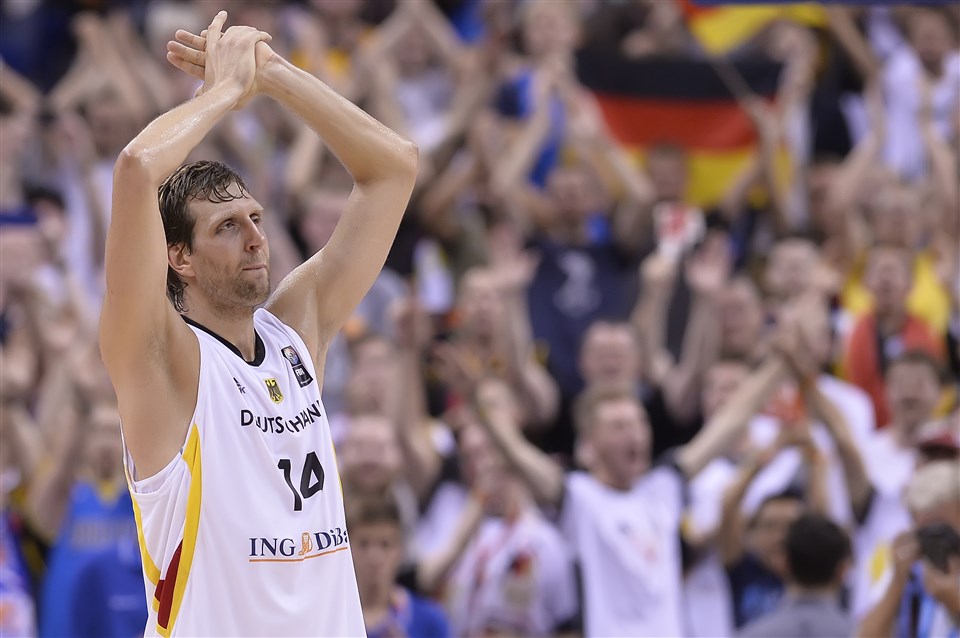 As a global ambassador, Nowitzki will help promote the World Cup by taking part in activities on the Road to China 2019 as well as being present at the first-ever 32-team edition of FIBA's flagship competition.

Nowitzki said: "I'm very excited to become an ambassador for the FIBA Basketball World Cup 2019. It's an honor to join Yao Ming and Kobe Bryant, some of my contemporaries and biggest rivals, in taking up this prestigious role.

"I have so many great memories of playing in basketball's top competitions. Wearing the national team jersey and representing my country in FIBA competitions has always been a source of immense pride for me. I have been fortunate to perform on the world's biggest stages - at World Cups, Olympic Games and EuroBaskets. Helping Germany finish third at the World Cup in Indianapolis in 2002 ranks among the best moments in my career.

"Over the past two decades, I have personally seen the level of play in the international game evolve and grow. A World Cup with 32 teams can bring national team basketball to a level that has never been reached before and can be the most competitive event ever." 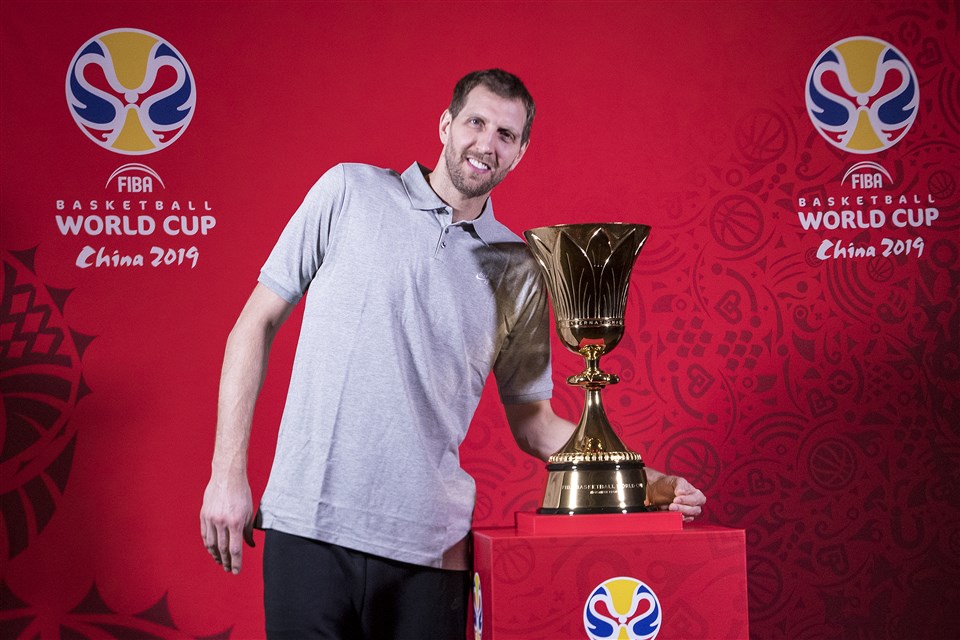 FIBA Secretary General Andreas Zagklis said: "It is a great privilege and honor for FIBA to have an icon like Dirk Nowitzki join Yao Ming and Kobe Bryant as a global ambassador for the FIBA Basketball World Cup in China.

"Dirk has consistently held a leading role at top FIBA national team competitions, representing Germany with pride and commitment. He has performed for his team as the superstar that he is, always leaving fans and spectators in awe and wanting to see more. He is among the very best players in the history of international basketball and we're thrilled to have him be a part of the historic event that is China 2019."

Nowitzki's appointment as a global ambassador is one of the many tangible results of the fruitful cooperation between FIBA and FIBA Basketball World Cup 2019 Global Partner Nike, the brand endorsed by the former player throughout his illustrious career.

Announcing Nowitzki as the third global ambassador is the latest in an impressive list of exciting milestones that have taken place on the Road to China 2019.

Previous ones have included: unveiling Yao Ming as the first ambassador; revealing the competition's logo and mascot; the World Cup Qualifiers played over the course of 16 months (November 2017-February 2019) to determine the 31 participating teams joining hosts China; marking 1 year to the start of China 2019 with the presentation of Tissot countdown clocks in all eight host cities; revealing Kobe Bryant as the second ambassador; unveiling the competition's official ball and holding a star-studded draw; launching sales of tickets.

Before the competition tips off on August 31, more exciting activities will take place, including the launch of the Trophy Tour. 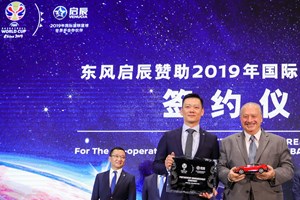 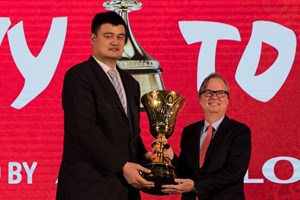