SHANGHAI (China) - The Czech Republic claimed their first ever victory at the FIBA Basketball World Cup after overcoming Japan 89-76 in a crucial Group E result.

Both teams were under pressure after suffering big first up losses but the Czech Republic's hot shooting and efficiency proved decisive.

No.9 NBA draft pick Rui Hachimura showcased his exciting talents with numerous dunks and top-scored for Japan with  21 points, while Yuta Watanabe played well with 15 points.

The result continues Japan's misery against European teams at the World Cup, losing for the ninth straight time.

Turning Point: With Hachimura threatening to take the game over, Japan reduced the deficit to just three points shortly after halftime. But a timely three from Schilb triggered a 13-4 run for the Czech Republic and stretched their margin into double digits. Japan fought hard but never seriously threatened again.

TCL Player of the Game: It was a toss up between Bohacik and Schilb but the former gets the nod for his big-time shot making at key moments. Bohacik also had 4 rebounds and 4 assists.

Stats Don't Lie: The long-range shooting from the Czechs was eye-catching but their control of the ball proved masterful. They only had five turnovers - three were in the fourth quarter - compared to Japan's 14.

Bottom Line: The Czech Republic face another must-win game against Turkey in their final game of the Group Phase. Winless Japan have the tough task of playing defending champions USA.

They Said: "I thought we did a pretty good job controlling Hachimura even though he did score 21 points. We had a low percentage on two-pointers but we shot the ball well from three-points. That's the kind of game that Japan wanted us to play but we hit our three point shots and that was key for us." - Czech Republic guard Blake Schilb

"I think (against the USA) we had more patience on offense. Today we were under a little more pressure because we were the favorites. We had some problems on defense with the pick and roll that we need to improve but I’m satisfied because our goal was to beat Japan." - Czech Republic coach Ronen Ginzburg

"We were ready. I thought we brought a lot of energy, especially in the first half. I thought they played smarter basketball than us and they are more physical. They are just better than us. We knew that Rui was going to get double-teamed so the rest of us had to do something." - Japan forward Yuta Watanabe

"We competed against the Czech Republic today but our defense was not good enough to win. Our offense today was good but in our defense we need to improve to have a chance in the World Cup." – Japan coach Julio Lamas 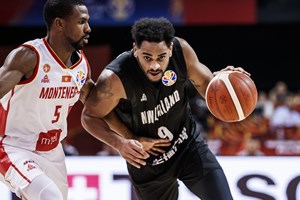 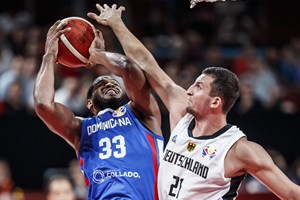