The playmaker, who has led the team throughout the campaign, came to the rescue once again, denying Latvia a happy ending to their heroic 18-point comeback with a crafty scoop to restore Spain's advantage with just seconds to play.

Colom scored a team-high 18 points, as Spain stayed in pole position in Group J after improving to a 7-1 mark under the watchful eye of former national team legend Juan Carlos Navarro. Janis Timma and Janis Strelnieks scored 20 points each for Latvia, who dropped to 5-3 in the standings.

Turning point: Ronalds Zakis had put Latvia ahead for the first time in the game with 12 seconds left to play, but couldn't get the stop against Colom in the decisive possession of the game.

Game hero: Quino Colom split most of the point guard minutes with Sergio Rodriguez, but it took him just 21 minutes to get his tally to 18 points on 6-of-12 shooting, dish out 4 assists, grab 3 rebounds and score the most important basket.

Stats don't lie: Only four players played more than 20 minutes for Sergio Scariolo, with Pierre Oriola (15 points, 11 rebounds) leading the team with 26 minutes. The bench contribution was heavily favored for the Spanish second unit, who outscored their Latvian counterparts 44-19.

Bottom line: A defeat in Kiev prevented Spain from joining the list of teams qualified for the FIBA Basketball World Cup 2019 already in the September window, but they will be able to clinch the spot during the next window in November and December.

They said: "Well first of all I want to congratulate Madrid fans. They really were a factor in this win. We were happy that we could give them a nice basketball evening and of course we thank them like in the other previous windows. The homecourt always gives us a little bit more of a spark. I think we played three quarters of really good basketball, excellent at moments and then probably in the fourth quarter we did more with our heart than with lucidity. We lost a little bit control of the game. We had turnovers and their zone hurt us. Latvia is a very good team, with very good players, top level. And of course in our big man situation, [Martins] Meiers was really a pain in the paint. But in the end we managed to bring the win back home and we're happy because we took a really important step toward the World Cup." - Spain head coach Sergio Scariolo

"I think coach said almost everything and I agree with that. In the first half we played really good, we could run and enjoy our game. In the second half they tried to stop this rhythm with the zone. They played this zone for almost 20 minutes so we stopped a little bit. But even like this we were maintaining the distance, 13-14 points. In the last quarter, they started to score some threes and we started to be maybe a bit nervous and we made some stupid turnovers. We gave them the chance to come back. They're a good team and so they came back. Finally we were lucky in the last play to win the game. I think for the fans it was a good spectacle and show. We're happy for this victory, it will be important in the future for sure." - Spain guard Quino Colom

"Congratulations to Spain. I think it was a hard game for both teams. In the first half, we played bad defensively, especially on pick and roll defense and we also had problems with defensive rebounds. In the second half we changed the defense to zone defense and came back but as you saw in the last seconds Spain were lucky. During the whole game we had problems with defensive rebounds so they got 17 rebounds on our boards so I think that was the main reason we lost the game." - Latvia head coach Arnis Vecvagars

"I will agree with coach that in the first half we played really bad, maybe respected the Spanish team too much and didn't play our game. In the second half we started to look like a real team. Maybe their open three-point shot at the end of the first half was the decisive one, you never know. Respect to the Spanish team. We're waiting for them in Riga." - Latvia guard Rihards Lomazs 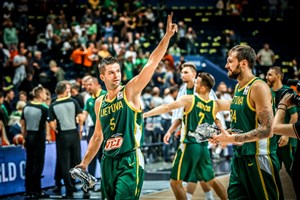 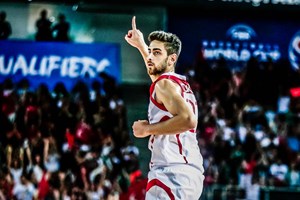 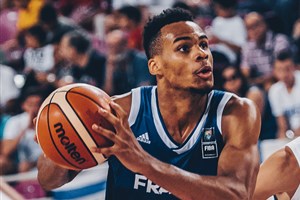 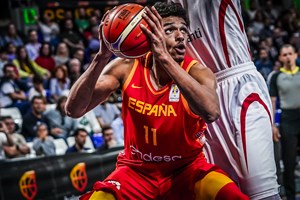 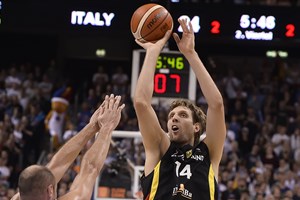