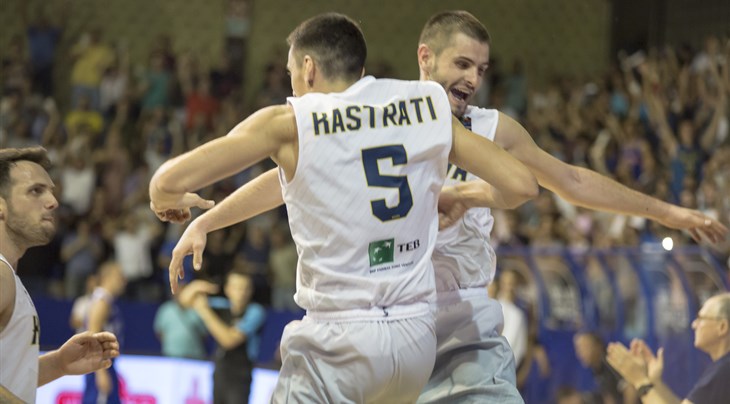 Kosovo down previously-undefeated Estonia in Prishtina to advance to Qualifiers

The trio joined the already-qualified Austria, Bulgaria, Estonia, the Netherlands and Sweden in the next phase of the competition, where the teams from the Pre-Qualifiers will be joined by the 24 national teams from FIBA EuroBasket 2017, with action set to begin already in November.

There were scenes of sheer happiness in Prishtina, with the packed Palace of Youth and Sports letting out a victorious cheer after Kosovo triumphed 75-69 over the previously-undefeated Estonian side to nip the Former Yugoslav Republic of Macedonia in the standings.

Having scored a game-high 28 points and dished out 6 assists, Dardan Berisha was the key piece in the win for Brad Greenberg's side with 10 of them coming in the third quarter.

Erjon Kastrati had 13 points on 5-of-7 shooting from the field and 3 steals, as Lis Shoshi and Scott Bamforth collected 10 points apiece, while Janari Joesaar finished the evening as Estonia's top scorer with 13 points in just 17 minutes of playing time.

Bosnia and Herzegovina secured a second-place finish in Group A with an 83-66 victory against Armenia on the road in Yerevan, deciding the outcome of the game with lockdown play on the defensive end in the fourth quarter.

Having started the final period of play up 65-62, the visitors came up with an offensive avalanche in the shape of an 18-0 run to achieve the breakthrough they were looking for the entire game after finally shutting down the Armenian leader Ryan Boatright and holding their opponents to just a pair of made baskets collectively.

Dzanan Musa went 5-of-10 from three-point range for a team-high 21 points and 5 rebounds for Bosnia and Herzegovina, Obrad Tomic collected 16 points, while Edin Atic scored 15 points and grabbed 6 rebounds.

#Congrats @DzananM13 for good prequalifications for #FIBA #WorldCup with #BosniaAndHerzegovina and win in #Armenia 21p 5rb 1a pic.twitter.com/BOHLrs8gim

The tournament's leading scorer Boatright was still the top scorer of the game with 22 points, 9 assists and 5 rebounds but had a tough night shooting-wise, connecting on only 8-of-24 field goal attempts, and turned the ball over 9 times.

Earlier in the day, Sweden held off a late comeback by the Slovak Republic to secure the top spot in Group A with a 4-2 mark after an 86-82 victory, achieved thanks to a 14-point and 13-rebound double-double by Nicholas Spires and a 17-point performance by Viktor Gaddefors.

After losing all three of their games in Group D leading up to the final gameday, Portugal registered a 79-78 victory over Belarus in overtime in Coimbra, but it was the Aliaksandr Krutsikau-coached side celebrating a place in the Qualifiers after keeping the decisive head-to-head advantage on their side.

Having won the first meeting in Minsk by three points, the one-point loss allowed the Belarusians to preserve the second place in the standings in spite of dropping to a 1-3 mark.

Artsiom Parakhouski had a double-double of 16 points and 17 rebounds in a happy-ended loss for Belarus, with Vitaly Liutych collecting a game-high 18 points, but failing to register any other contributions.

Fabio Lima, who sent the game into overtime by converting three free-throws at the end of regulation, was the top scorer for Portugal with 16 points and 6 rebounds, while Oliveira added 15 points and 7 assists.

Meanwhile, the Netherlands achieved the result they needed in Tirana, blowing out Albania 113-37 to surpass Austria as the top seed in Group B, Hank Norel leading the way with 16 points and 11 rebounds.

Looking for a 48-point win to dethrone their Austrian group rivals, the Dutch side were not discouraged by their slow start and ultimately found their way to the target despite trailing after the first quarter of play. 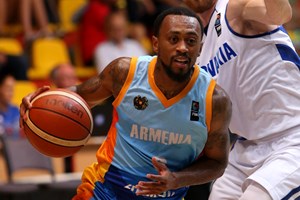 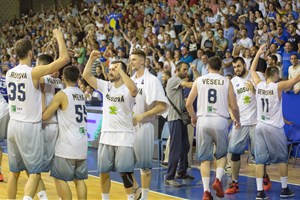 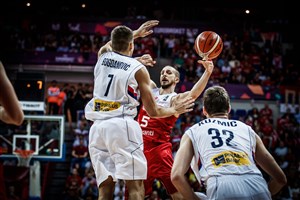 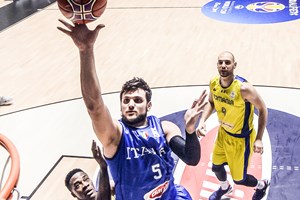 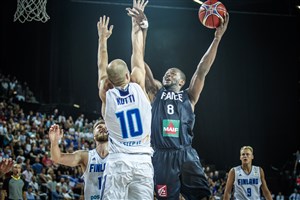