SANTO DOMINGO (FIBA Basketball World Cup Americas Qualifiers 2019) — There were only two tickets left to the FIBA Basketball World Cup 2019 and one went to the Dominican Republic, despite their loss against Brazil as locals, 71-63, at Palacio de los Deportes. The Dominicans achieved their goal and will now be one of the 32 national teams that will travel to China in August to take the world stage. 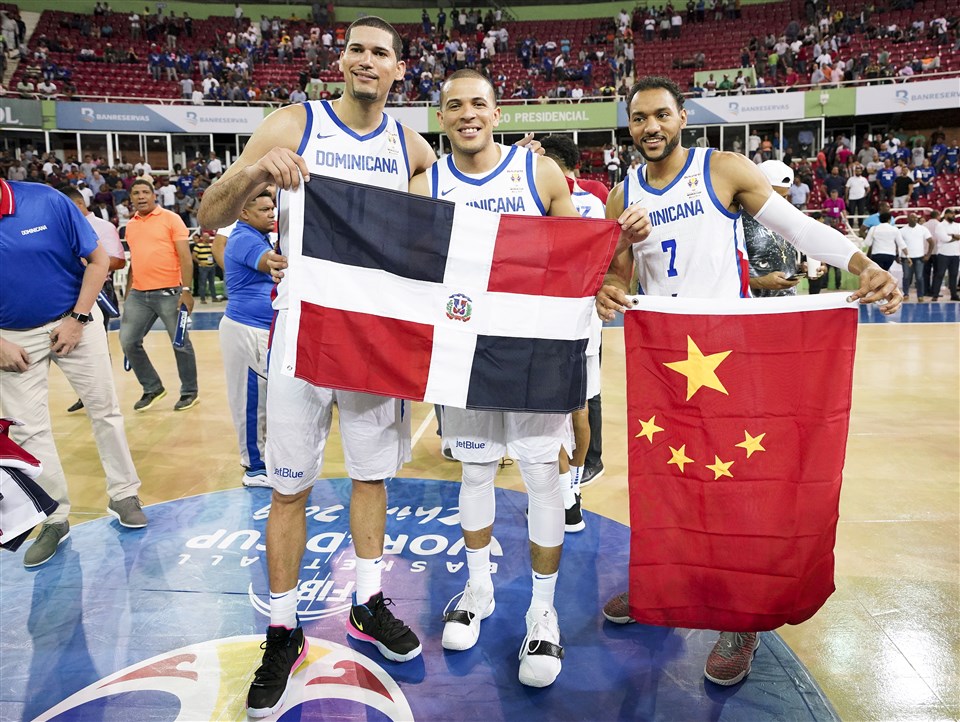 The Caribbean team ended with a 7-win, 5-loss record (19 points) and secured their qualification, because the goal average in the tie with Uruguay favored them and so, they became the best fourth team of groups E and F of the Americas Qualifiers.

With a 96-63 victory against the Virgin Islands in the fifth qualifying window, Dominicana had the half of their ticket earned and stamped it against a Brazilian team that played a great game and ended with 9 triumphs and 3 defeats (21 points), as well as Venezuela, behind leaders Canada (10-2).

“We have to close the game well, we still have the chance to win,” were the worlds by Coach Melvyn López with 47 seconds left on the clock. His men didn't win, but they did ensure something more valuable —the desired ticket to China.

Yago Matheus from the bench led the Brazilian offense with 14 points (6/6 in free throws, 2/3 in three-pointers, 1/1 in two-point shots), followed by Leandrinho Barbosa with 13, and Anderson Varejão with 13 more and 12 rebounds, 8 of which were defensive. Lucas Dias, for his part, contributed 10 points. 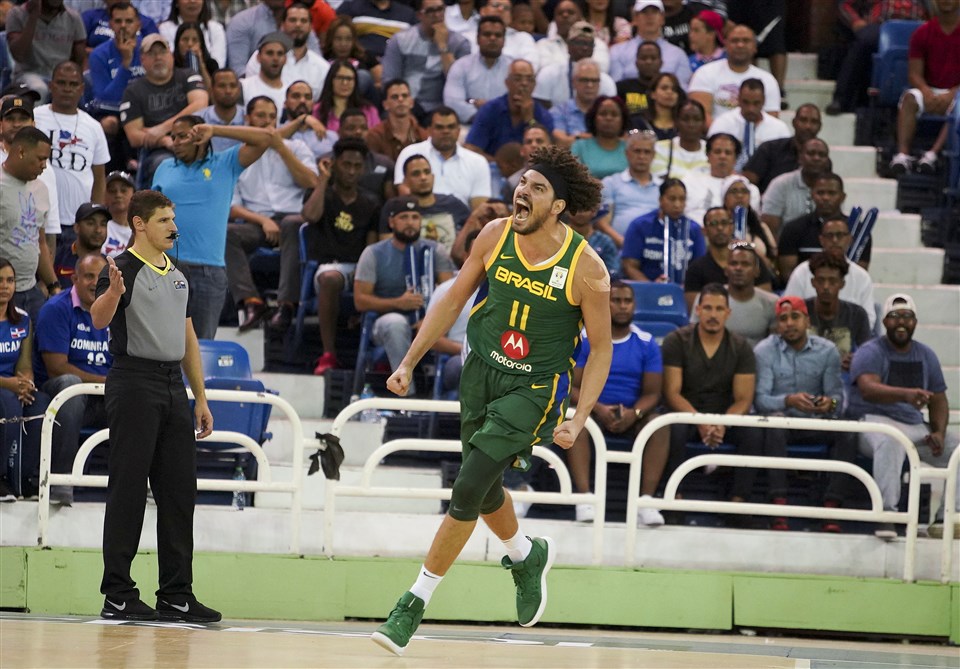 “Thank God and the fans who accompanied us in these games. I want to thank each one of the guys who were here for a year and five months to get this qualification. We feel very grateful. I'm blessed and fortunate. We dedicate this qualification to the Dominican people,” said Coach López.

“Today's game was a match that we had to play with pride, with dignity. We went out to give it all out of respect for the game. I'm very satisfied. We were close to winning the game with a defensive effort. We fought throughout the encounter and I'm very proud,” he added.

“These were two of the best games of the Qualifiers. Melvyn gave me the confidence to motivate the team in the defense and the offense and that's how I helped the team,” said Vargas after the game.

The team led by Aleksandar Petrović achieved 21 assists, captured 33 rebounds (25 defensive) and had a low three-point shot percentage. They scored 5/16 (31.25%). There were 33 points from the Brazilian bench, whereas the Dominican bench made 25 and shot a mere 13.33% from the three-point arc (2/15), while capturing 41 rebounds (24 defensive) and executing 14 assists.

“When you have a low percentage in three-point shots it's complicated. In the last three minutes we went out with a team that was physically equal, we went out in the counterattack and we were able to win. Dominicana deserves to have won that World Cup ticket. There among the great teams that’ll be in China,” added Petrović. 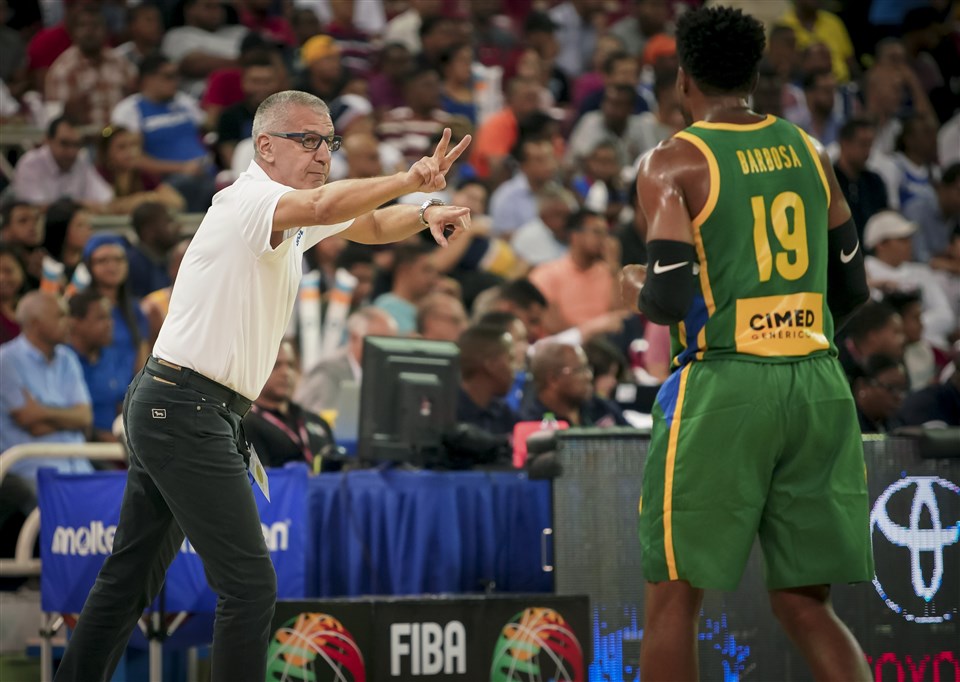 Dominican Republic, with a dunk by Gelvis Solano near the end and a three-pointer by Víctor Liz, won the first quarter, 20-17 against a Brazilian team led by Barbosa and Varejão as starting players. The Dominicans, however, fell in the second quarter, 12-21 despite a dunk by Ronald Roberts in the end. For the visiting team, Yago Matheus (9 points) took his team to win the first half, 38-32. The Caribbean team concluded the third quarter 16-12 (48-50) in the upside, and the fourth quarter was sealed, 21-15, in favor of the visiting side, who took the victory when there were four minutes left to the full time.

In the first encounter between both national teams in November, Brazil had conquered the victory, 100-82 in São Paulo, where Leandrinho Barbosa had been the greatest scorer, with 20 points; Víctor Liz, with 15.

Brazil had already secured their attendance in China after clearly defeating the Virgin Islands 104-80 and will be, along the United States, one of the teams with uninterrupted World Cup appearances.

The Dominican Republic didn't want this opportunity to fly by and they’ll be playing their third World Cup, which is also their second in a row (Spain 2014 and Philippines 1978).

There will be seven teams representing the Americas in the FIBA Basketball World Cup 2019 in China. The Brazilians and Dominicans now join Argentina, Canada, the United States, Venezuela and the other team that qualified in the last game day, Puerto Rico. In August there will be 32 national teams, for the first time in history, trying to accomplish the same dream: take home the prize of the world event that takes place every four years. 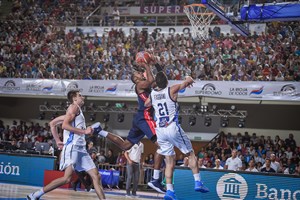 With a dramatic end, Puerto Rico grab their ticket to China 2019 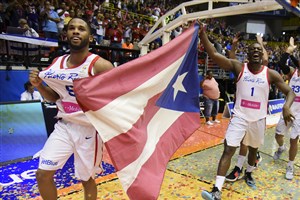 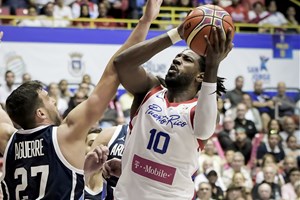