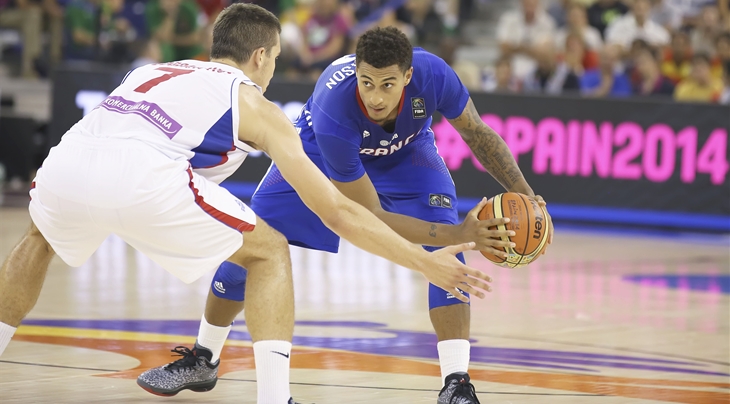 Despite finishing with only four points, Diaw overcame foul trouble to make a game-defining play in the dying seconds, while Jackson came off the bench to provide energy at both ends of the court.

Les Bleus trailed 42-34 at the break, with Diaw having failed to score but picking up three personal fouls in just 6:15 minutes of play.

Diaw, then came up with a Tony Parker-like lay-up to tie the contest at 73-73 with four seconds remaining before Joffrey Lauvergne sealed the first victory for the EuroBasket 2013 champions from the line.

Jackson said he was trying to give his best.

"I am glad that my shots went in," he said, adding that Diaw "is always crucial for the team. He knows how to control himself."

Jackson, who plays for ASVEL Basket in the French league, hopes to keep contributing for his national team.

Diaw, who helped the San Antonio Spurs clinch the 2013-14 NBA title in June, pointed out that Jackson "was great today. He really helped us a lot. He did what anybody coming from bench has to do, which is bringing something to the table.

"Edwin came with that mentality, defensively he did a great job, and made shots. He was perfect.

"It is never pleasant to be in foul trouble. But you have to come back in the game and help your team somehow."

Saturday's 65-63 defeat to Brazil is now history, that's the reason, Diaw insists they had to bounce back.

Attempting a lay-up in the dying seconds of a game can always prove costly, but Diaw the 2.03 forward known for his offensive skills, says they needed to it.

"It is never easy to make those shots in that moment of the game," he said.

"That's what our team is like. We never give up, we always believe in ourselves.

"We were down eight points at the half, but we knew we could play better.

"We moved the ball a little better today. Brazil is tough to play against."

Nicolas Batum, who had only two of his 11 points in the second half, paid tribute to the team.

"It was a great team win today. Edwin always has that extra motivation, which is great for us. He was great." 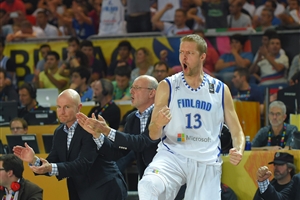 Senegal get first win on world stage since 1998 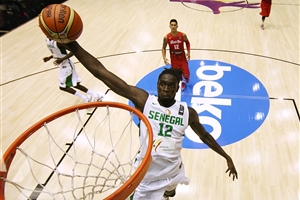