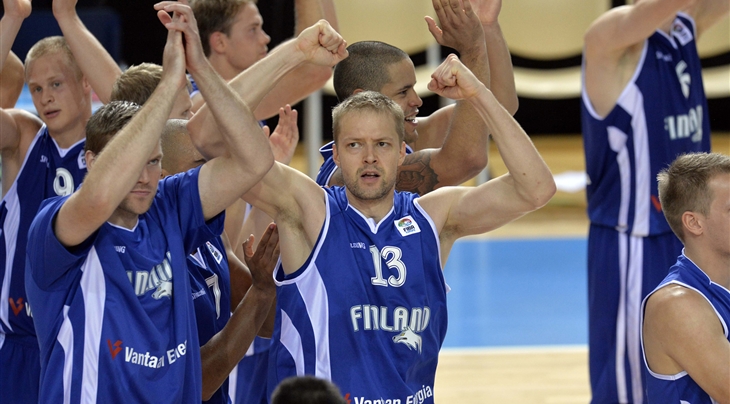 Some even look at the 2.09m power forward's presence in the Finland team opening its campaign in Bilbao with eyes of pleasant surprise.

But for Mottola himself the trip to FIBA's flagship event is a "great accomplishment" and an experience "to cherish".

Mottola put his children watching him right at the top of his takeaways from playing at the World Cup.

"When I played in the EuroLeague and the NBA, my children were much younger and didn't understand. Now for them to watch their father play is a proud moment. They'll be out there with 8,000 other fans cheering for the Finland team. And for me, it's very special to make them proud of their father," he said.

After considering retirement in 2008, Mottola made a comeback. The national team, he says, was the primary motivation.

"I've gone through a lot of major injuries in the last six years, I've had two shoulder surgeries, two Achilles surgeries. I tore my MCL as well. My actual seasons have been cut down really short. So the main thing that keeps me going is playing for this team.

"Obviously if we didn't have a great bunch of guys, or if we were losing in the lower rungs in Europe, I may well be joining the 8,000 and scream from the stands."

Finland required a wildcard to enter the FIBA Basketball World Cup, but Mottola hushes any notion that the Wolf Pack being here merely to make up the numbers.

"We are the No 9 ranked team in two back-to-back EuroBaskets. And that's saying something. I know we aren't ranked very high in the FIBA bwin Ranking, we are the No 9 team in Europe for the last three years. That says something. You can ask the five top-15 teams we beat last summer. They can tell you that we belong here. We are surely here to make it count. Especially for the fans that have made it here in large numbers," he said.

Finnish fans have surely been one of the main talking points in the build-up to, and at Spain 2014. Some 8,000-plus fans have already descended on the Basque city and are surely to grow if the team's results begin to show.

Mottola was quick to point the advantage of the fan support.

"It's much easier when you have such a huge number backing you. Well, at the World Cup level, Spain will have a lot of fans and the USA will have a lot of people watching them. But other than them it will be the Finnish fans all the way. I hope they show their true colors and make this a great festival," he said.

But Finland basketball is not all about the fans. Mottola acknowledged.

"At the end of the day, they can give us a push when it's really hard. But like I said, you don't beat the top teams and finish ninth back-to-back in Europe by just having people in the stands yelling.

"We are here because we are one hell of a basketball team. When we make it to Barcelona next week, people are going stop talking about the wild card." 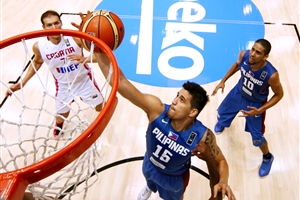 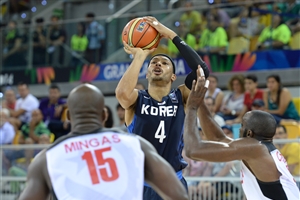