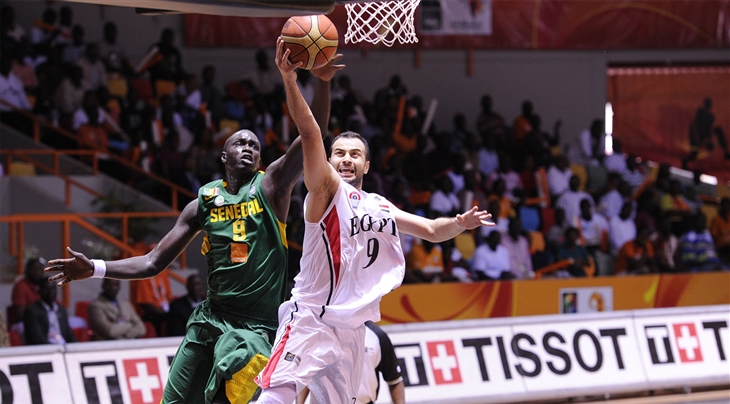 No Marei for Egypt but big dreams remain for young team

"(We're) A young team with big dreams," he tells FIBA.com. "Our team consists of a group of young players, who might miss the world stage experience factor, but we are full of big dreams and hope to achieve a lot more with upcoming championships."

The North African team, returning to the world stage two decades since their last appearance there, will have to play their best game to overcome Group A opponents Spain, France, Serbia, Iran and Brazil.

"(It's) A tough group for us," says the 26-year-old who plays for Egyptian side Al Ahly. "We hope to perform well against these strong opponents, who are top rated teams in their respective continents."

Playing against those teams, El Gammal says, means that "the Pharaohs are back."

Although he argues that Egypt will be competing in Spain with the same level of determination that stunned most at AfroBasket 2013, he also acknowledges that something will be different when Egypt open their Group Phase against Serbia on 30 August because of Assem Marei's absence.

The Egyptian ace is still recovering from a knee injury, and is one of the five players - who shone for Egypt in last summer's African qualifier - that will be sitting out this time around.

In Abidjan, Cote d'Ivoire, El Gammal and Marei players produced some of the crucial plays that helped Egypt seal one of the three places on offer for African teams for Spain 2014.

In that FIBA Africa tournament, shooting guard El Gammal spent a team-high 35.2 minutes per game, averaging 9.4 points with most of his 1.7 assists per contest going to team leading scorer Marei.

Now, El Gammal is set to make his world cup debut, while Marei might have to wait a few more years to do so.

"Unfortunately Assem will not be able to join us in the World Cup," said the 26-year-old.

"As a key and effective player for us, we - as a team - will definitely miss him.

"Since we are very good riends and we have a great chemistry on the court I will miss his presence a lot."

Over the course of the past two months, coach Aboul Kheir worked with over 20 players, and surely El Gammal will find a new pair to dish out his assists.

Big man Shraf Rabie, for instance, is set to make his first appearance for Egypt since AfroBasket 2007.

For Al Gammal, Spain 2014 means the culmination of his international career, which began with a disappointing fourth place at AfroBasket 2007.

That moment is past now for the only Arab nation to compete in this summer's FIBA Basketball World Cup.

"It's a great honour for me to participate in such a great event. Taking part in the World Cup is a great achievement for our generation, and helps building on my basketball career.

"Egypt's qualification to the world cup was welcomed by all Arab nations. And we hope that this would be a starting point to encourage more countries in the region to compete for the World Cup," he pointed out. 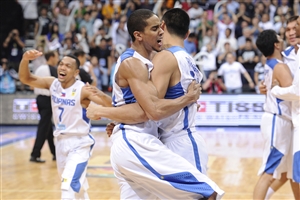 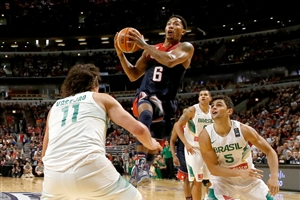