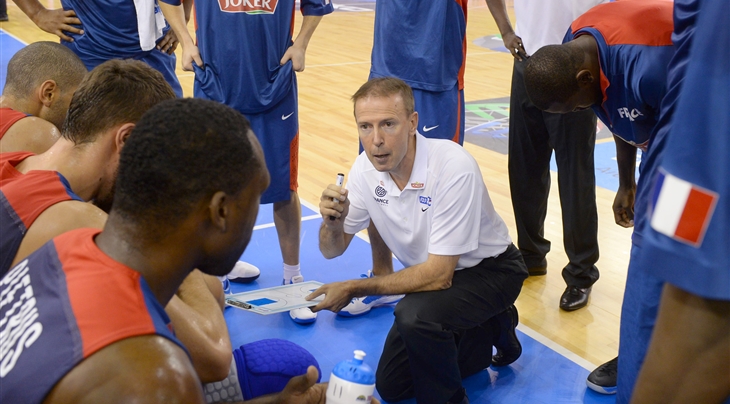 If a key player gets hurt or makes himself unavailable, so be it.

The coach has a lot of talent at his disposal in France and understands from past experience that great team play is the most important ingredient to have success.

So with star center Alexis Ajinca announcing shortly before the start of the preparations for the FIBA Basketball World Cup that he will remain with his pregnant wife, who is due to give birth during the tournament, instead of playing this summer, Collet is okay.

He'll have his squad ready when they arrive in Granada, Spain, for Group A games against Serbia, Brazil, Iran, Egypt and the tournament hosts.

"This is a blow," he said of losing his 2.15m tall starting center, "but we must move forward with those who are there."

And who will replace him?

"For now, I have no precise idea," Collet said. "I'll leave it to the players to show themselves in their preparations and learn later.

"But we are used to this.

"Last year, eight centers were called (in the preliminary squad) and seven did not come.

"Others replaced them. We will do the same (this year)."

On Thursday, France also announced that big man Kevin Seraphin was not being released for the World Cup by his NBA team, the Washington Wizards.

Seraphin has not fully recovered from arthroscopy surgery on his knee.

Following Seraphin's forfeit, Collet and National Teams Director Patrick Beesley reached out to Ian Mahinmi who has made himself available and is expected to join up with the French national team this weekend.

"I talked to Ian Mahinmi yesterday by phone. I appreciated his approach in a tough context for the French team. I outlined my expectations and goals for the team. He completely understood the mindset I expect him to come in and I'm happy for him to join the group as soon as possible," said Collet.

There is also a big void to fill in the backcourt with four-time NBA champion and EuroBasket 2013 MVP Tony Parker taking the summer off from international duty.

In 2010, France didn't have Parker at the FIBA World Championship in Turkey but still put on some very good performances.

Nando de Colo and Antoine Diot are sure to log a lot of minutes at point guard and others will be able to contribute.

Even so, how will France survive without Parker, their talisman?

"We need to find a collective balance. But we have a strong group of players."

The Final Phase, Collet says, is where France will have to prove they can make up for the loss of Parker.

"It's in these games where the absence of a TP will be the most harmful and that we will really know the level of the team," he pointed out.

A missing superstar may appear to hurt a team, but it can also serve to put a chip on the shoulder of each and every member of the squad who will want to prove he and his teammates can still win.

"You always have goals," he said. "Even if they are not specific yet, even without Tony Parker, our leader on the court.

"The teams of Spain and the United States may appear to be above the rest, but we have to make the commitment to join in the fight, just behind them. We envision (playing in a) Quarter-Final at the minimum, and hopefully more."

Collet, who met with the media in France on Wednesday, said he expects to have his final roster set by the second week of August, after the team plays Croatia (8 August), Greece (9 August) and Serbia (10 August) in friendly games in Pau.

Right now, the squad is in Paris.

The side's first friendly is against Belgium on 30 July in Rouen.

After Pau, France will have a training camp in Antibes from 11-17 August and have friendly games against the Philippines, Ukraine and Australia.

France will train in Strasbourg from 21 August and also have games against Finland and Australia.

They will then travel to Spain for the World Cup, which tips off 30 August. 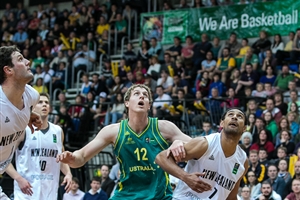 ARG/BRA - Players of Argentina, Brazil have one eye on Spain 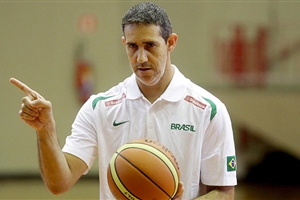