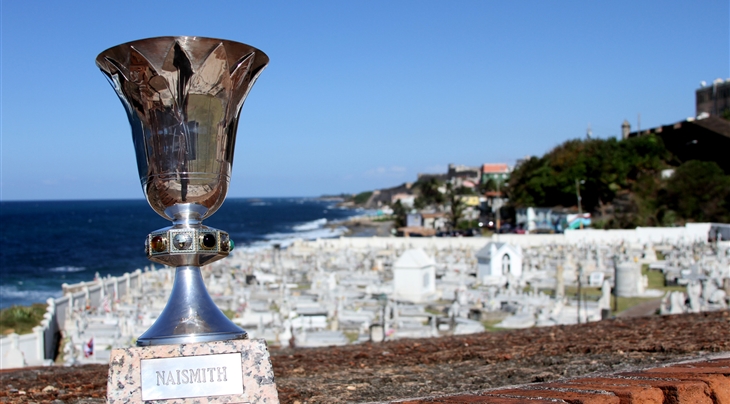 JOHANNESBURG (FIBA Basketball World Cup/Basketball without Borders) - The Naismith Trophy is making its maiden visit to Africa this week.

The prize given to the winners of the FIBA Basketball World Cup is in Johannesburg, South Africa where Basketball without Borders (BWB) - the NBA and FIBA's global basketball development programme - is holding its final camp of 2014.

The Naismith Trophy will make a TV appearance on SuperSport's Thursday Night Live (TNL) show. Amadou Gallo Fall, Vice-President and Managing Director of NBA Africa and Masai Ujiri, the President/General Manager of Basketball Operations of the Toronto Raptors and Director of the BWB Africa Camp will be guests on the programme and will talk about the camp, the FIBA Basketball World Cup, the Finals of the South African Basketball National League (BNL) and the first-ever game featuring NBA players in Africa scheduled for the summer of 2015. Charlotte Bobcats centre Bismack Biyombo will also be on hand.

On Friday, the Naismith Trophy will be presented at half-time of the BWB All-Star Game, offering the best campers a unique opportunity to get up close and personal with one of the most prestigious trophies in world sport.

This marks the latest stop in the lead-up to the FIBA Basketball World Cup (30 August-14 September) for the Naismith Trophy. It previously travelled to the Americas, Europe and Asia as part of the Trophy Tour and Road Show 2014. 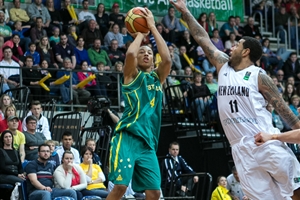 AUS - Boomers upbeat as they head to Europe 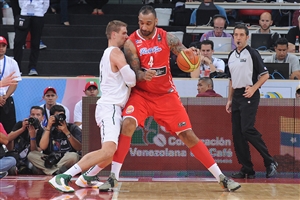