MIAMI (United States) - The final window of the FIBA AmeriCup Qualifiers from February 17 to February 22 is the last opportunity for international clubs to either solidify their spot in the 2022 AmeriCup or give young, underrated players a chance to learn on one of the biggest qualifying stages in basketball.

While monster names like Isaiah Thomas, Joe Johnson and J.J. Barea will likely take over the spotlight of this window, we cannot forget the underdogs that are capable of taking their rosters to another level.

With that in mind, here are five under-the-radar names to watch out for as we get set for matchups in Puerto Rico and Colombia starting next week. 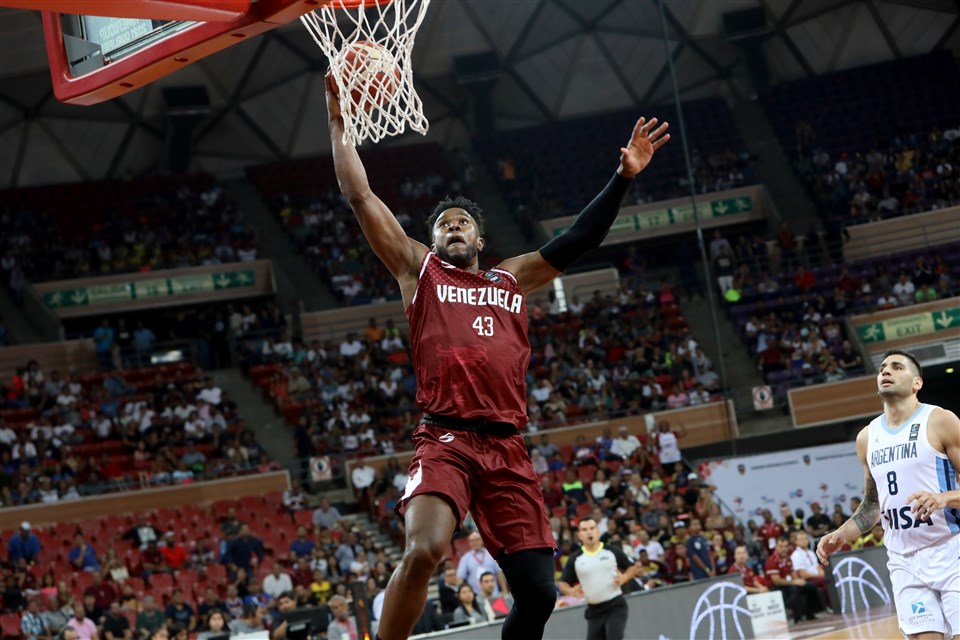 Venezuela is tied atop the standings with heavyweight Argentina through four games. Michael Carrera, who is averaging the fourth-most points in the AmeriCup qualifiers (18.8 per game), is the leader of the roster, but Colmenares’ importance cannot be underestimated.

"La Bestia" – as they call him – is a force on the interior, using his motor and toughness to score around the rim and battle on the glass with players that are taller and longer than his 6’8” frame. The forward has played in three games in this particular event, averaging 11 points and eight rebounds in 32 minutes per outing.
Colmenares may not be the bucket getter of his teammate Carrera, but his experience sets him apart. In his professional career, he has represented Venezuela and won gold medals in the 2014 and 2016 FIBA South American Championship and the 2015 FIBA AmeriCup.

After playing at the Junior College and National Association of Intercollegiate Athletics level in the United States, Colmenares has played for 11 different pro squads. He could make a bigger name for himself beyond South America in this final window.

As a talented 25-year-old guard, Ivan Gramajo is a new name on Argentina’s AmeriCup qualifying roster. The youngster is one of the country’s younger burgeoning talents as he currently plays for top of the table Quimsa in Liga A.
Gramajo averaged a career-high 7.4 points per game last season with Quimsa and played his first nine games at the BCL Americas level. Gramajo helped lead the club to a title in the BCLA before improving his numbers by averaging 7.1 in the first 23 games of Liga A action this season. The shooting guard scored 20 points vs. La Union in his best game of the new campaign.

He has been in the Argentine basketball pool for years as he played with the U-18’s and 19’s before transitioning to higher leagues after success.

With solid size at 6’4”, an ability to score the rock and the skills to make others better on offense, Gramajo is likely a candidate as a player who can give Argentina a spark off the bench as they look to separate from Venezuela atop Group A.

Barring a dramatic twist, an undefeated record and no game decided by less than six points certainly makes Brazil look like the king of Group B. Caio Pacheco and Leonardo Demetrio have been the top scorers for the country in the qualifying window, but new roster addition Tulio da Silva is an intriguing name to watch out for.

The 6’8” forward was born in Formiga, Brazil before playing his collegiate basketball in the United States for South Florida and Missouri State. Da Silva had an elite junior season, averaging 14.3 points and 7.4 rebounds per game in 27 outings with Missouri State.

He never reached the professional level of American hoops, but signed with Flamengo out college and now suits up for Caxias do Sul in Brazil’s top league, Novo Basquete Brasil. Da Silva also had some experience playing with the national team at the U15, U17 and U18 level, so the AmeriCup is certainly not his first crack at the international level.

With a high motor and solid rebounding skills, Da Silva could show his importance and potential future role with Brazil in two qualifying appearances. 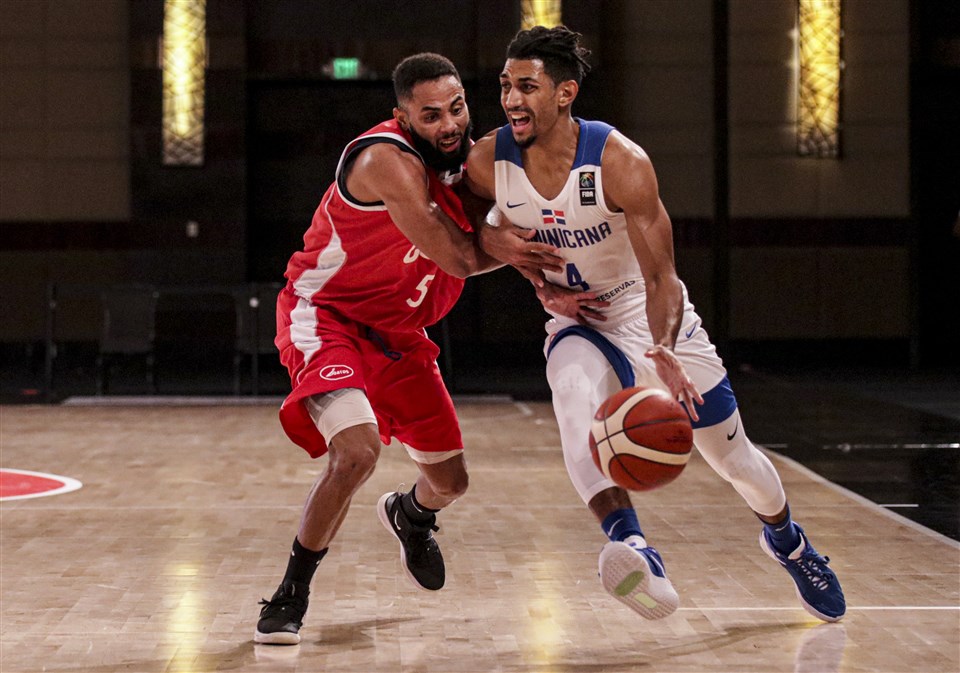 While Dominican Republic’s roster is not yet finalized for the final window, Solano’s return will be a much needed boost. Group C fans are already well acquainted with Eloy Vargas, Angel Delgado and Victor Liz, but Solano, who is the team’s fourth-leading scorer, is essentially the final piece to the puzzle.

Standing at 6ft1in. (1.85m) the guard is averaging 10.8 points in four AmeriCup Qualifying games while shooting an efficient 38.2 percent from the field. Solano can stroke it from 3-point range and is also effective off the bounce.

He attended Merrimack College in the USA where he finished his career as the school’s second all-time leading scorer. In addition, Solano was a member of the 2016 Dominican Republic team that earned the bronze medal at the Centrobasket.
DR currently leads Group C with a 3-1 record, but if the club wants to continue their momentum ahead of the 2022 tournament, Solano’s secondary scoring punch is of high importance. 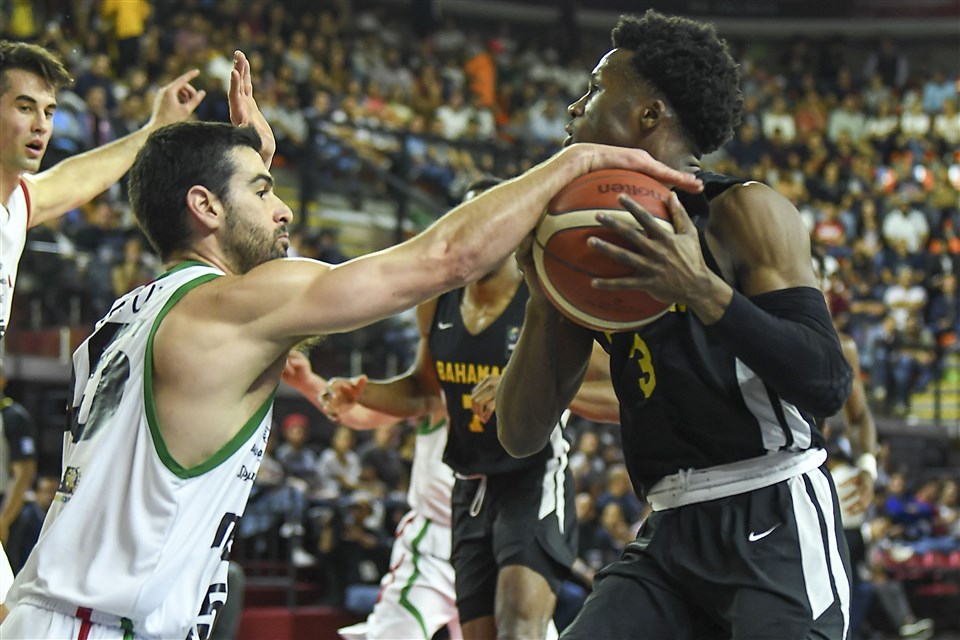 With the Bahamas facing a steep test vs. the United States, the country has a chance to clinch a spot in the 2022 AmeriCup with a win over Puerto Rico or if Mexico were to lose both their games. D’Shon Taylor and David Nesbitt are two of the top players on the club, but keep an eye on 20-year-old Domnick Bridgewater.
Bridgewater averaged an unreal 9.5 points in only 12 minutes per game while shooting 40 percent from the field.

The guard made Bahamian basketball history when he became the first player to sign a contract in the professional ranks straight out of high school. At just 18, Bridgewater landed a Junior Pro contract with FOS Provence Basketball Byers Club.

The growth of Bridgewater will also represent the future of Bahamian basketball. 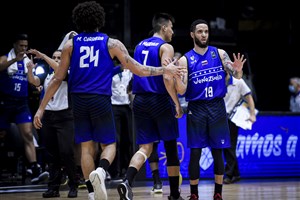 Venezuela selects team for their final qualifiers push towards AmeriCup 2022 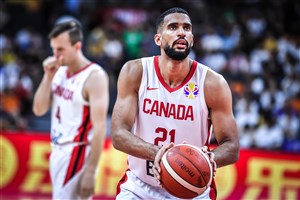 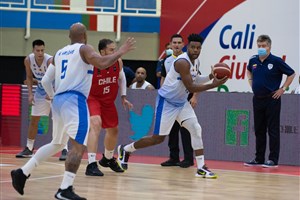