MONTEVIDEO (Uruguay) - Brazil earned another important victory over Uruguay in the first window of the FIBA AmeriCup 2021 Qualifiers. This time, the Brazilians needed overtime to defeat Uruguay, 83-76, at Montevideo’s Antel Arena.

Georginho De Paula, led the Brazilian offense with 18 points, including a crucial three-pointer that put his team in the lead with 37 seconds remaining of overtime.

The depth of the Brazilian roster was decisive as the team showed greater energy in overtime. The Brazilian bench outscored the Uruguayan bench 42-8. On the contrary, Uruguay had four players with more than 32 minutes in action and the exhaustion was noticed in the final minutes.

With this result, the team coached by Aleksandar Petrovic sits at the top of the group along with Panama, who also has a 2-0 record. 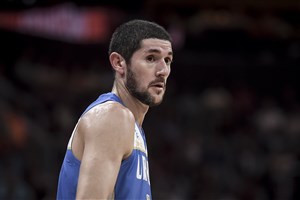