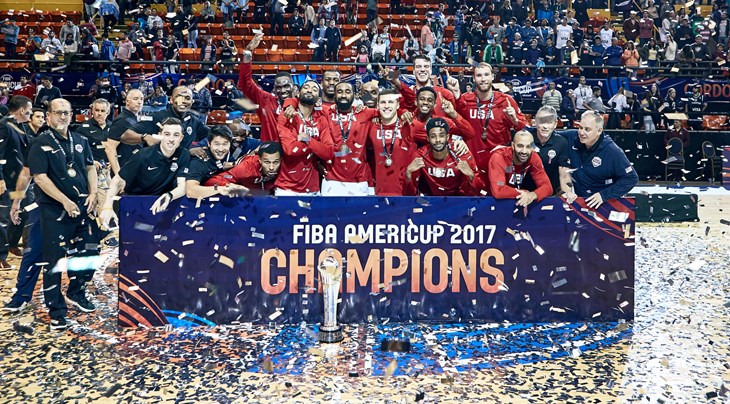 CORDOBA (FIBA AmeriCup 2017) - Portraying a great composure and executing a magnificent second half, the United States defeated Argentina 81-76 and took home the FIBA AmeriCup 2017. At a certain point, Van Gundy's team was losing by 20 points during the second half, but their defensive work once again rendered results. Warney, Dilliard and Munford were the champions of a comeback that seemed, at times, quite complicated. Like this, USA achieved their seventh title in the Americas, and are the national team with the most wins in the continent.

Brussino's effective outside shooting and Deck’s nice shot selection gave them the chance to be 8-0 in only two minutes. The defense’s strength was important to maintain their commitment. Hilliard was the player in the visiting team with the most attempts and closed the game in by 3 points (7-10). Stealing and running, an exuberant Brussino continuously gave the locals a 9-point average (7-16) that achieved more than what Hilliard could do before going to the short break with a 7-point advantage (15-22).

Argentina’s change in names didn't modify their performance. Sainz appeared in the attack with 7 consecutive points to open with 11 points to their favor (20-31). Blocking the defensive rebounds and causing the visiting team bad offensive options were the main virtues of the Argentines. The locals set the rhythm, Laprovittola established his lead and with Redivo’s help, they advanced by 13 (24-37). Beyond the fact that for two minutes they couldn’t score, the defense’s intensity and a triple by Campazzo close to the first half’s end, gave the hosts a 15-point advantage (27-42).

The hosts started the second half in the best way. Campazzo imposed the rhythm of a team that quickly opened with 20 points in their favor (28-48). Hernández’s rotation gave him the opportunity to maintain a great intensity in the defense. However, the United States had their moment at the game. Warney in the Center and Williams II in the Shooting Guard positions led a response that allowed them to move forward and close in by 6 (47-56) with a triple by Drew at the quarter's close. The visiting team played a more physical game and dragged the locals into their game, something that hadn't occurred during the whole game.

The response was consolidated with triples by Munford and Hearn. Warner— the man that changed the game—, tied the match at 58 with only 7:30 remaining. With 6 minutes on the clock, the Northerners turned the tables and passed the Argentines after a layup and double by Munford. Argentina wasn’t attacking as determined as before, the percentages lowered, and everything was cashed in by a rival that felt comfortable in the new scenery. Munford continued with great percentages and that’s how the 7-point maximum difference arrived for the visiting team (70-63 with 4:00 on the clock). The missed free throws by United States gave Argentina hope, while Laprovittola had the chance of tying the game with 8 seconds left. The Guard’s missed triple and Warney’s free throws sealed the game. The 54-34 quarter in the second half gave Van Gundy’s team the opportunity to go back home with the title. As it has happened during the whole FIBA AmeriCup 2017, the defense was paramount to end the game —and the tournament— in their avor. 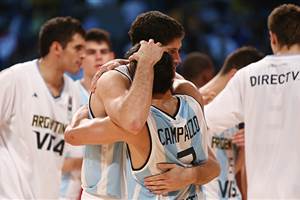 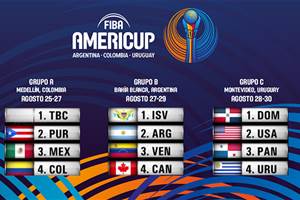 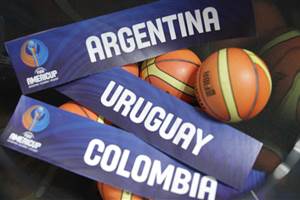