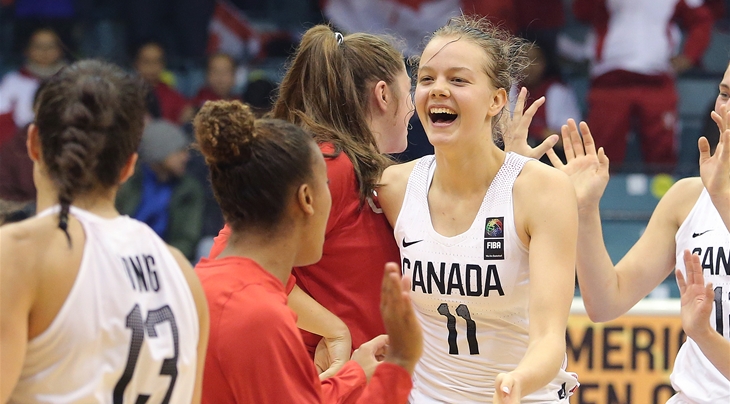 Mexico earned a trip to the 5th-place game of the 2016 FIBA Americas U18 Women’s Championship after defeating Guatemala 65-38. Mexico had a great start, but fell into a slump on the second quarter. Mexico showed its dominance during the third quarter, holding the Guatemalans to just 5 points during the quarter. Guatemala won the fourth quarter by just two points so the victory belonged to the Mexicans.

Nohemi Rosales was the best for the Mexicans with 10 points and 9 rebounds.

Chile came from behind and defeated Venezuela, 54-49, and will play against Mexico for the fifth place of the FIBA Americas U18 Women’s Championship. It was an even game that Venezuela controlled for most of the four quarter, but in the last minutes Chile grabbed the lead and held on to take its first win of the continental championship.

Arcos was the top performer for the Chileans with 16 points, with 10 of those points coming during the defining moments of the game.

USA will be back at the gold medal match of the FIBA Americas U18 Women’s Championship, after defeating Puerto Rico 104-36, in the Semi-Finals. USA set the tone and the rhythm of the game from the get-go, winning the first quarter 23-14. Everything went USA way on the second quarter as the North Americans held the Boricuas to just three points. USA kept adding on their way to the victory.

WHAT. A. PERFORMANCE.#USABWU18 will play for gold tomorrow. Take a look at how they did it today! pic.twitter.com/adb9pZguuO

The top performance for the USA was from Lauren Cox, who completed a 10 point, 13 rebound double-double.

Canada came from behind, defeated Brazil and will play USA for the Gold medal of the FIBA Americas Women’s Championship. Brazil had a better start and captured a slight lead early on the game. Brazil’s lead grew to 13 points during the third quarter, but Canada found another level on the last quarter and held the South Americans to 5 points, to take the lead and the ticket to the Finals.

Final in U18 Women's FIBA Americas semi:
🇨🇦 58 🇧🇷 52
Canada rallies from being 14 down to win and will now play the USA in Sunday's final

The top performer for the Canadians was Alyssa Jerome, who accumulated a 16 point, 12 rebound double-double.

Tomorrow on the last day of the FIBA Americas U18 Women’s Championship, Venezuela will face Guatemala for seventh place, Chile will meet Mexico for 5th, Puerto Rico will face Brazil for the last step on the podium and Canada will face the USA for the Gold. 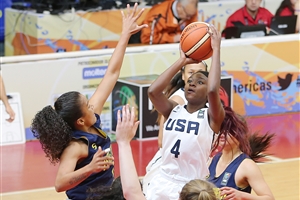 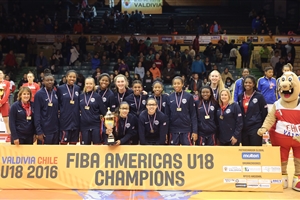 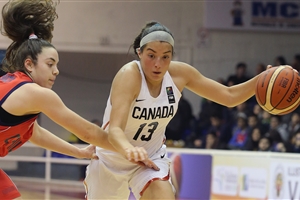