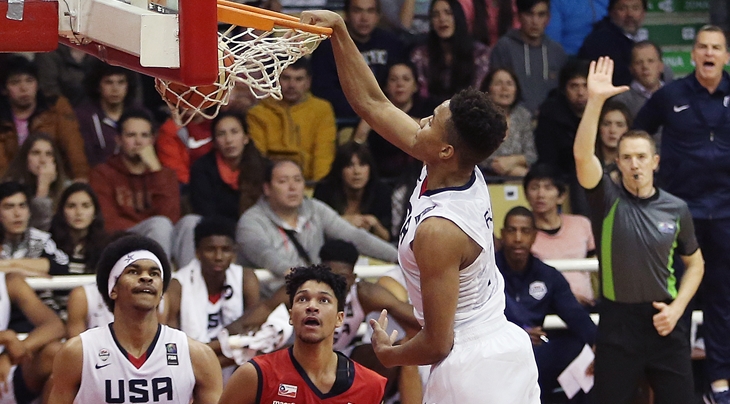 The first game in Day 3 was the battle for supremacy in Group A between Brazil and Canada. The Canadians won it by the score of 74-58. The South Americans came out with a big lineup that dominated the boards, led by Michael Uchendu who scored 14 points along with 12 rebounds in a losing effort. Canada was able to pull off the win after a big 29-15 third quarter led by Nickeil Walker, who scored 11 in the period and ended up with 14 in the win. Oshea Brisett was the leading scorer in the game with 19 points and 5 rebound for Canada.

Puerto Rico secured their Semi-Final spot and qualification to the FIBA U19 World Championship with a victory over Virgin Islands by the score of 85-61. It was a rematch of the gold medal game from last year’s Centrobasket U17 Championship. Puerto Rico won then and today with a big 24-7 fourth quarter led by an impressive performance from standout Ethan Thompson, who scored 24 points, 11 rebounds along with 4 blocked shots in the win.

Argentina won a thriller against Dominican Republic by the score of 79-75. The Dominicans led the game by 9 point with 8 minutes to go in the game but Argentina battled back behind a big effort from Santiago Roitman with 12 rebounds including 8 on the offensive board. Argentina bounced back from last night’s heartbreaking defeat against Brazil where they shot a meager 19% from the floor, with an improvement especially from three-point land in both Facundo Corvalan and Lisandro Fernandez, who combined for 7-15 from long range. Argentina will play against Virgin Islands in the Reclassification for 5th-8th place.

USA remained undefeated with a 70-50 victory against a tough Chile that played smart basketball, full possessions with a low turnover count, and was able to compete with the North Americans for three and half quarters of the game. In the end, USA’s versatility and depth were too much for the home team that could not keep up for the duration. Kevin Huerter was big for USA with 4 three-pointers and 14 points, along with a big contribution from Markelle Fultz who scored 11 points, with 8 rebounds and 4 assists in the win.

The Semi-Finals of the 2016 FIBA Americas U18 Championship are set. USA will play Brazil and Canada will play Puerto Rico looking to advance to the Gold Medal game of the competition.

All the action of the tournament, along with the reclassification games between Chile v Dominican Republic and Argentina v Virgin Islands can be watched live on youtube.com/fiba. 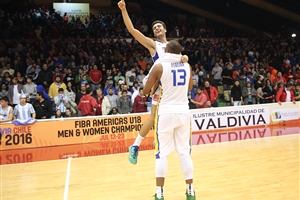 Canada and USA will play for FIBA Americas U18 title 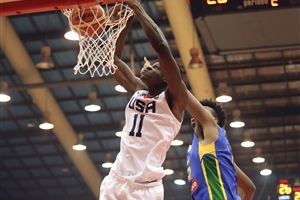 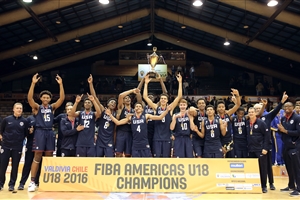 USA are the 2016 FIBA Americas U18 Champions

Canada and USA will play for FIBA Americas U18 title