PHILIPPINES (FIBA 3x3 World Cup) - The curtain is about to fall on the biggest stage in 3x3 play, and here is the low-down on which teams are favored to rise to the top.

Obviously, defending champions Serbia (Men) and Russia (Women) are expected to hog much of the limelight, but don't discount the potential of several other teams hell-bent on ascending to the 3x3 throne.

Men's Tournament:
Serbia headline Pool A, and it shouldn't be a shock to see the high-powered duo of Dusan Bulut and Dejan Majstorovic carry this posse aiming for their fourth 3x3 World Cup crown. In their way will be the Netherlands, who are led by world #37-ranked player Jesper Jobse, who joined Bulut and Majstorovic in the FIBA 3x3 World Cup 2017 Team of the Tournament. Perhaps the dark horses in this pool are the Tall Blacks of New Zealand, who are bannered by dynamic guard Everard Bartlett and the hulking 6ft 10in (2.09m) FIBA 3x3 U18 World Cup 2015 winner Sam Timmins.

First name: Greatest. Last name: Ever. If @MrBullutproof 🇷🇸 wins his 4th #3x3WC title in 5 editions, how long will he remain the 3x3 🐐? #WatchUsPlay pic.twitter.com/GuZs4GlLHP

Over in Pool B, Slovenia are definitely set to make a lot of noise, especially with the pair of Anze Srebovt and Simon Finzgar in tow. They don't have much ceiling, but they have the edge in experience and athleticism. Fellow European powerhouse Poland are also expected to make quite an impact. They may have one of the oldest teams in the entire tournament, but don't tell that to the likes of Pawel Pawlowski or Michael Hicks, who will probably be the loudest man in Manila. Estonia look like they're bringing their best team ever and Japan may also have a shot at springing an upset here, especially with Tomoya Ochiai and Keita Suzuki ready to build on their Asia Cup bronze medal.

Pool C could be the most exciting, though, especially with home team Philippines being placed in this group. They have great size with both Christian Standhardinger and Troy Rosario up front, while Stanley Pringle seems destined to be on a 3x3 highlight reel. Russia, of course, are the heavy favorites here, especially with Ilya Alexandrov at the spearhead. Brazil, too, are an intriguing Pool C squad, with the duo of William Evangelista and Luiz Soriani both seemingly fit and ready to help their team reach the next round. Oh and did we mention Mongolia? They just won gold and silver at the Asia Cup in the last 2 years thanks to Dulguun Enkhbat and Tsenguunbayar Gotov.

Pool D should also be neck-deep in excitement, with Nigeria making their world 3x3 debut and strong European teams Latvia and Ukraine looking to cruise their way into the 2nd round. The Latvians won the Europe Cup last year and young blood Nauris Miezis and Karlis Lasmanis try and lead the squad. The Ukranians, for their part, have a lot of solid players, but they will only go as far as Dmitri Lipovstev can take them. Hoping to pull the rug from under both Latvia and Ukraine are Croatia, which have players that have been successful on the pro circuit since 2012.

Women's Tournament:
Looking to turn a lot of heads in pool play are France, who have the seemingly unstoppable Alice Nayo leading the charge. Let's also not forget last year's MVP Anna Leshkovtseva, who is set on carrying #5-ranked Russia back to the top. Be on the lookout for wicked crossovers and broken ankles whenever she is around.

And then there are European powers Hungary and Netherlands. Let's not quickly forget that the former's Bettina Bozoki and the latter's Karin Kujit flanked Leshkovtseva on the podium last year as they all made it to the Team of the Tournament. If you're looking for a dark horse, though, then feel free to check out no less than the USA (#13-ranked) and hosts Philippines (#20-ranked). Team USA should get some lift from their predominantly young quartet (nobody older than 20), though whether that will be enough to get their spot again on the podium remains to be seen.  Keep an eye of the prodigy Sabrina Ionescu though. The Filipinas, for their part, will lean on the production of Afril Bernardino and Jack Danielle Animam as they try to finish among the top teams in Pool D.

The FIBA 3x3 World Cup 2018 will be livestreamed on youtube.com/FIBA3x3. 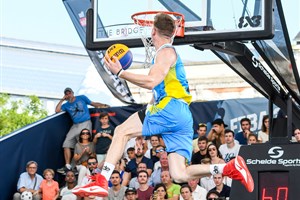 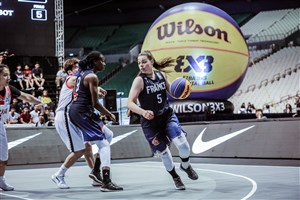 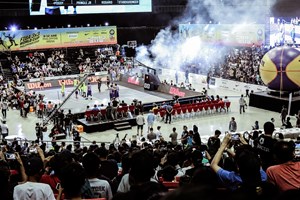 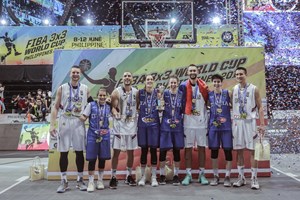 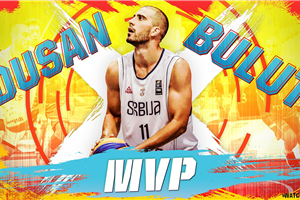