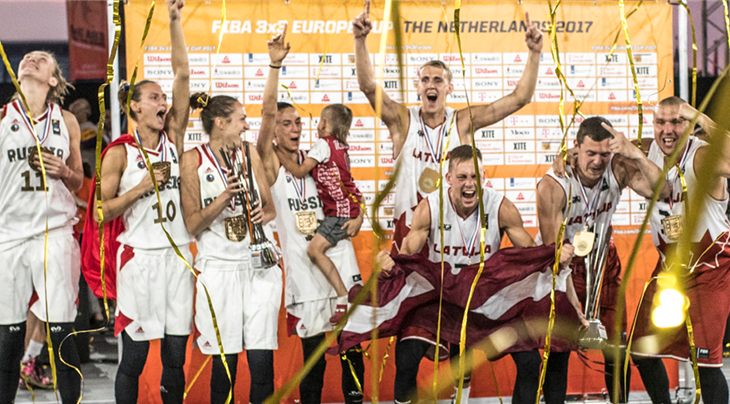 Just 2 weeks after their triumph at the FIBA 3x3 World Cup 2017, Russia went back-to-back in the heart of the Dutch capital, on Museumplein with the iconic Rijskmuseum as natural urban backdrop.

MVP Anastasia Logunova had a game-high 9 points in a hard-fought final against Spain (22-14). Aleksandra Stolyar added 7 while Anna Leshkovtseva had 6.

Irene San Roman had a team-high 7 points for Spain while tournament top scorer Aitana Mediavilla and the pocket-sized Paula Palomares were limited to just 3 points.

The Netherlands won bronze in a nail-biter against France (19-15) and brought a record-breaking 2,105 spectators to their feet.

The FIBA 3x3 Europe Cup 2017 venue was the biggest temporary location in 3x3 basketball history and was sold out on the last two days of competition.

Dutch star Karin Kuijt had a game-high 9 points in the bronze-medal game and joined Palomares and MVP Logunova on the Team of the Tournament.

In the men's category, Latvia beat the World champions from Serbia and the European champions from Slovenia back-to-back to win the title on their first-ever appearance. They received their trophy from the hands of FIBA Europe Vice-President Cyriel Coomans.

The speedy Nauris Miezis had a team-high 7 points in a heart-breaking final against Slovenia (16-13) and earned MVP honors.

Lefty Karlis Lasmanis - who scored a game-winning two-pointer in overtime to knock-out Serbia in the semi-finals - added 6 points in the final.

Latvia limited Slovenia star Gasper Ovnik to just 2 points in the title game. His team-mate Simon Finzgar capped off an amazing tournament with a game-high 9 points in the final but could not help Slovenia defend the European crowd they had won last year in Bucharest, Romania.

In the bronze-medal game, arch-favorites Serbia suffered another dramatic loss in overtime against Ukraine. The number one 3x3 player in the world Dusan Domovic Bulut scored just 5 points and could not replicate the spectacular shammgod nutmeg move, which broke the Internet on the previous day. His team-mate Dejan Majstorovic added 8 points and was the top scorer of the tournament but for the first time in 3 years, Serbia come back home without a medal in a FIBA 3x3 national team competition.

After scoring two game-winners in overtime Mister Clutch Stanislav Timofeyenko (Ukraine) joined Finzgar and MVP Miezis on the Team of the Tournament. 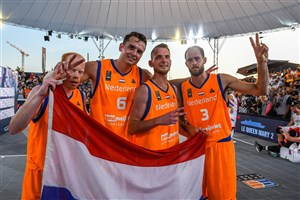 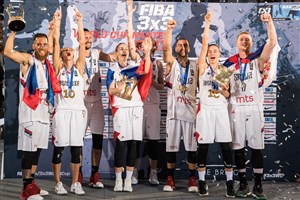 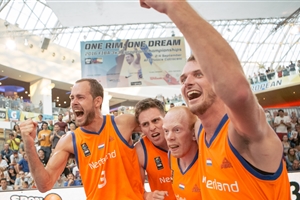