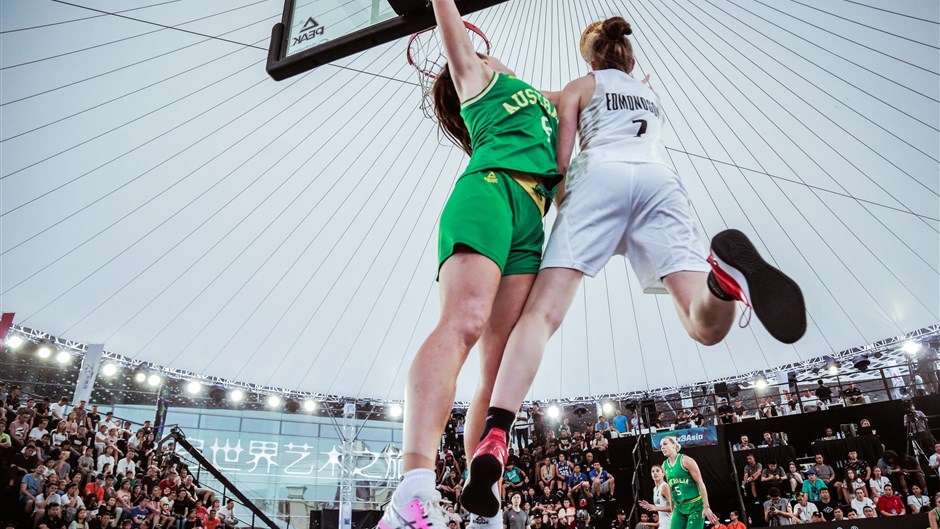 The main draw of the FIBA 3x3 Asia Cup 2019 features 12 women's and 12 men's teams. As more than 12 teams register in a category, a qualifying draw will be organized.

In the main competition, teams are divided into 4 pools of 3 and seeded automatically based on the 3x3 Federation Ranking.

Each team plays the other 2 in their respective pools. The top two teams from each pool qualify for the quarter finals and then play knock-out games all the way to the final.

With the exception of the bronze-medal game, there will be no classification games. Overall standings and pools standings are determined by the following 3x3 standing rules:

1. Most wins (or win ratio in case of unequal number of games in inter-pool comparison);
2. head-to-head confrontation (only taking win/loss into account and applies within a pool only);
3. Most points scored in average (without considering winning scores of forfeits).
If teams are still tied after those steps, the one(s) with the highest seeding win(s) the tie-breaker.

On top of the men's and women's competition, there is a Shoot-Out Contest (men & women).

All competitions will be played with the official 3x3 ball.