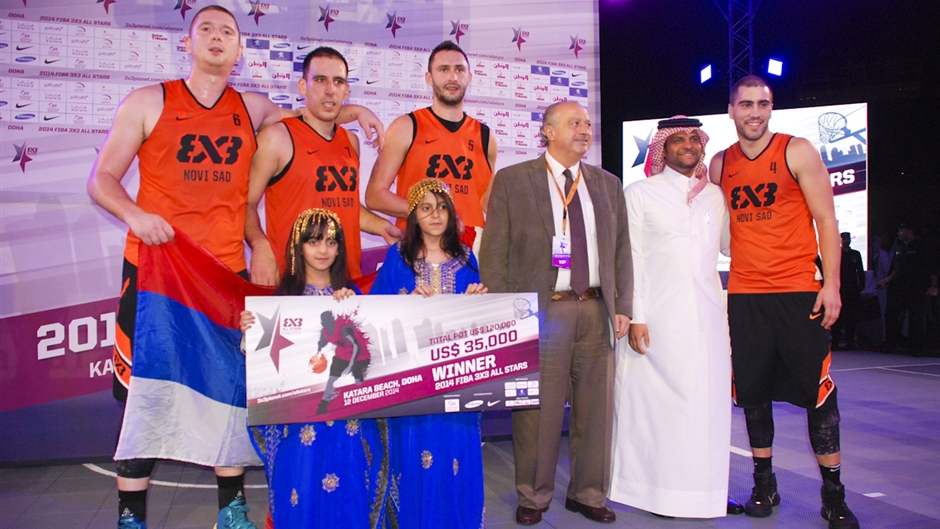 Marko Savic topped all scorers in the deciding game, with 8 points, including three shots from behind the arc. His team-mates Dejan Majstorovic and number one 3x3 player in the world Dusan Domovic Bulut contributed 7 and 5 points respectively.

The FIBA 3x3 All Stars brings together all the number ones in the 3x3 Individual World Ranking from all around the world.

The number one player in Europe, the Americas, the host country (Qatar), and the rest of the world, together with the number one U18 team in the world and the winners of the FIBA 3x3 World Tour were brought together for the second edition of the FIBA 3x3 All Stars, which had an overall prize money of $120,000 USD.

The title game was a re-match of the final of the 2014 FIBA 3x3 World Championships, where Team Doha - representing Qatar - had upset Team Novi Sad - representing Serbia - by the score of 18-13 for the country's first-ever world title in any team sport in Moscow, Russia on 8 June 2014.

Friday's triumph marked the end of a successful year for Team Novi Sad, who also won the FIBA 3x3 World Tour in Tokyo/Sendai, Japan on 11-12 October 2014.