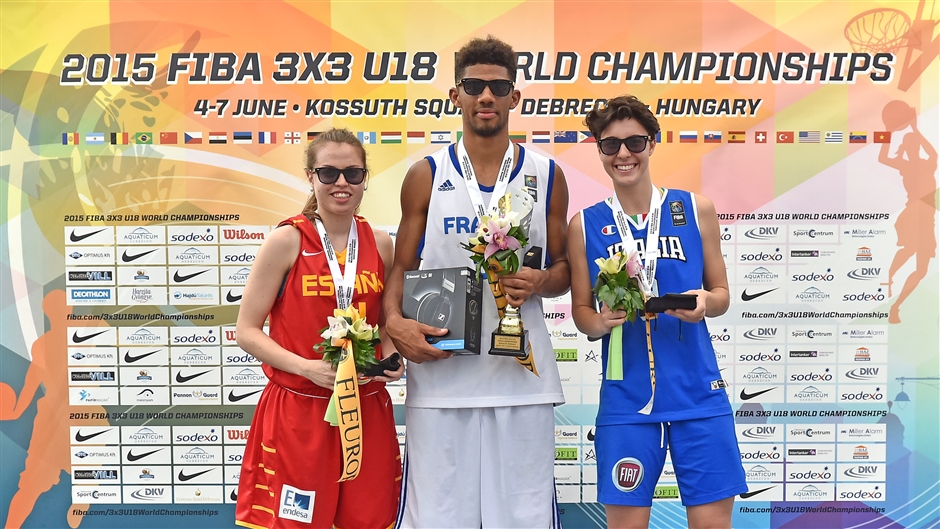 The Shoot-Out Contest final was staged on the Main Court on Sunday 7 June at 19.10CET.

The Shoot-Out Contest qualifiers were held on all 3 courts on Friday 5 June at 20.10CET.

Format: Each player attempts 10 shots (all worth one point) from the top of the arc, without time limit. The 2 men and 2 women who score the most points in the shortest amount of time advance to the final. In case of a tie (same points and time), the tied players shoot again.Participants: Up to 2 players from each men's and up to 2 players from each women's team too

*Two Shoot-Out Contests were organised (one for men, one for women) at the 2011 FIBA 3x3 U18 World Championships‏